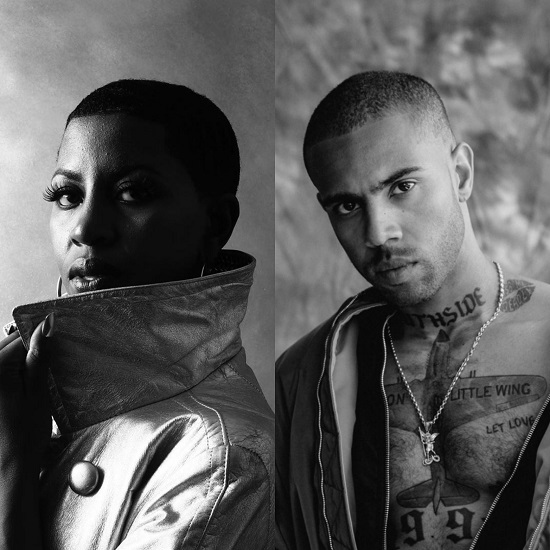 As we come to the middle of the seventh month of a pandemic, it's perfectly natural for folks to be feeling a little...frisky. While the logistics of getting down with the get down are a little tricky if you don't happen to have a live-in boo thang, a healthy imagination can go a long way. Rappers Lyric Jones and Vic Mensa are here to aid in that process on Lyric's new single "Show You How."

"Show You How" is another in the pantheon of rappers talking their ish about their sexual prowess. While that may be par for the course in the age of "WAP," it's handled with a bit more finesse on this track. Lyric comes with clever wordplay rather than going the full-on raunch route, alluding to classic tracks and utilizing metaphors and similes to get her freaky point across. Vic gets a little more straight to the point as he brags that he'll make you "scream and shout" once he whips it out. Their verses are wrapped up in a dance floor-ready beat that bounces during Lyric's verse and goes for a synth-trap feel for Vic's, keeping us on our toes and ready to go.

Lyric Jones has been quite busy as of late — including making an appearance on NPR Music's Tiny Desk (Home) Concert series, dropping her EP Acquired Taste and even doing a voiceover on Sesame Street. She's about to get even busier, though, as "Show You How" is the official lead single from her album Closer Than They Appear, which is set to be released soon. The project is executive produced by our main man Phonte and will feature appearances from Little Brother and others. Get into the song and its lyrics when you press play on the lyric video below.


TAGS:  audio, little brother, Lyric Jones, phonte, Vic Mensa
Previous: Jessie Reyez Has A Religious Awakening In ‘NO ONE’S IN THE ROOM’ & Escapes A Nightmare Boo In ‘SUGAR AT NIGHT’ Next: Anderson .Paak Comes Through Drippin’ With His ‘JEWELZ’