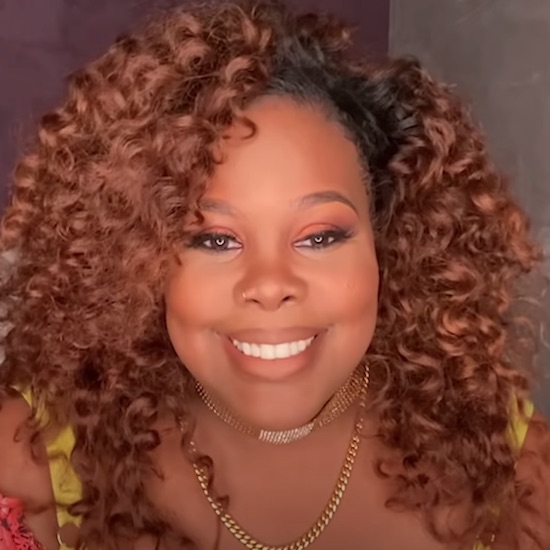 RILEY, aka the artist formerly known as Amber Riley, may have dropped her first name, but she hasn't lost any of her talent. One need not look any further than her self-titled debut EP that she released at the top of the month. RILEY flexes her vocals and sassy flair all over the project, and she brings that same energy to ELLE's Song Association At Home for her turn in the hot seat to play the fun game of music and memory.

Going into this, RILEY was pretty confident. "I think I'm gonna do fairly well because I was on a show where I had to sing thousands of songs all the time," she said referencing her time on the series Glee as the character Mercedes. That confidence almost got the best of her out of the gate with the word "strong," but she pulled out Angie Stone's "Brotha" out of her mental Rolodex just in time to beat the clock. She was on a roll from there, though, singing songs by Beyoncé and Sam Smith before treating us to something from her own catalog. For the word "energy" she naturally sang her single "BGE" and even gave some insight into the track. "That song is about confidence, that song is about being a boss, that song is about being sexy, loving who you are, self-love – all of those things that I feel women should feel about themselves no matter what size you are."

RILEY bossed up for the rest of her time on Song Association and sang song after song for every word she was given, joking at one point that she's "a walking song encyclopedia." She gave us snippets of Jazmine Sullivan's "Bust Your Windows," Rufus and Chaka Khan's "Tell Me Something Good" and "I Have Nothing" by Whitney Houston who RILEY called, "The greatest vocalist of all time." She gets no argument from us with that statement, but after listening to RILEY effortlessly sing all these songs and ace Song Association At Home with a perfect score of 15 out of 15, we'd wager to say that she may be one of the greatest vocalists of our time.