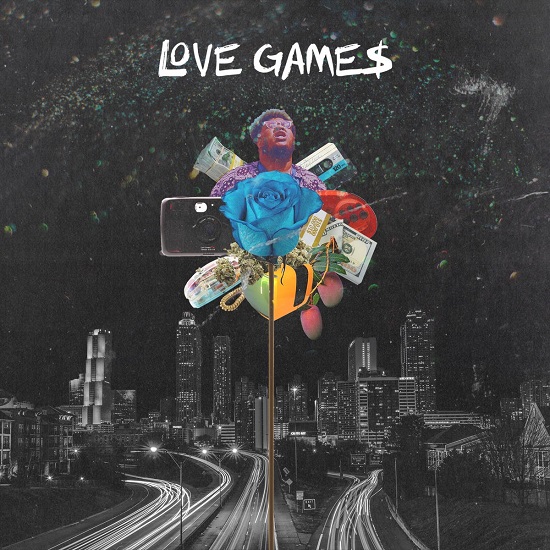 If you look up the definition of prolific in the dictionary, you might see a picture of SoulBounce fam Rob Milton. He's been releasing a steady stream of music ever since we named him Bounce-Worthy way back in 2012, including his own solo work and his work with groups Cousin and Sons Of The James. Mr. Milton is never too far away from dropping new material, though, and he recently did just that with the release of his newest EP Love Games.

Rob is once again in fine form on Love Games, but he's bringing his fair share of surprises (and guests like B.Slade, Calvin Presents and Smith) to the party as well. We're used to him offering neo-soulful tracks that make us sway to his rhythm. This time around, he's adding a bit of extra bump on songs like opener "Love Games (Intro)" and the slinking groove of "Back Back." The edge of the romantic tracks makes them stick with you long after they've ended. But Rob also manages to switch up the vibes throughout the short set. Take "Sunday Morning," for instance, which brings the church-y feel its title suggests and fleshes it out into a secular jam session that bounces and rocks with his R&B sensibilities.

He switches it up once again for closing tracks "Comfortable" and "Stormy Weather." The ballads lean into urban adult contemporary territory with meaningful lyrics and arrangements based around drum machines and arrangements that borrow from rock and jazz, respectively, while creating a unique lane for him to walk in his own musical sense.

It's quite obvious to us that Rob Milton has figured out a way to balance quality and quantity in quite an impressive way. It's a feat that we're sure will continue as his glow up continues.


TAGS:  audio, b. slade, Calvin Presents, Cousin, Rob Milton, Smith, Sons Of The James
Previous: Queen Naija Can’t Handle The Truth In ‘Lie To Me’ & Seduces With ‘Love Language’ Next: Omarion Gets ‘Involved’ In Some Relationship Drama