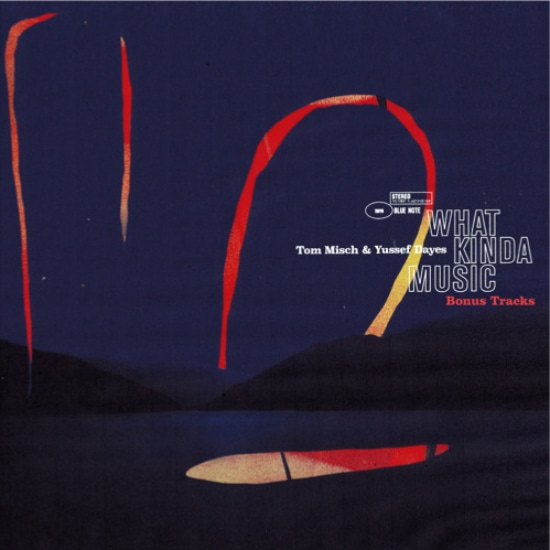 Tom Misch and Yussef Dayes showcased their knack for creating exquisite grooves with the April release of What Kinda Music. Since then, the collaborative gem has been the gift that keeps on giving, offering visual vibes and a masterful Tiny Desk (Home) Concert featuring special guests like John Mayer, Jordan Rakei and Joel Culpepper. Now they're extending our enjoyment even further with the release of the album's bonus tracks.

Clocking in at less than 10 minutes, the four-track EP begs to be enjoyed on repeat, which is an easy feat when the music is this good. Three tracks were originally featured on the Deluxe LP vinyl release. Not that it matters, though, since they're still new to most. The rhythm-driven track "Saddle" feels like a soulful trot through a modern Western flick. As the name implies, "Tidal Wave Outro" serves as a dreamy extension of "Tidal Wave," while "Seagulls" brings back a groovy taste of summer. The highlight of the collection is the previously unreleased song "Can You Feel It," a funky, atmospheric jam perfect for vibing out to.

Download What Kinda Music (Bonus Tracks) and spend some time revisiting the original album to keep the positive energy flowing. Keep up with the Tom Misch and Yussef Dayes via Instagram as they're planning a special "rooftop series" of performances. Additionally, Dayes just dropped an exclusive project entitled Blackfriars, in collaboration with Dutch boutique Patta.


TAGS:  audio, Joel Culpepper, john mayer, Jordan Rakei, Tom Misch, yussef dayes
Previous: Ella Mai Is Back On The Solo Tip With ‘Not Another Love Song’ Next: ‘When It’s All Said And Done,’ Givēon Isn’t Quite Ready To Move On