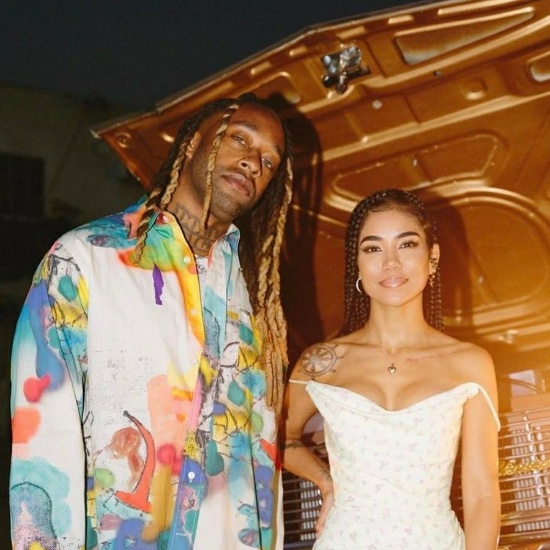 Ty Dolla $ign has teamed up with friends and frequent collaborators Jhené Aiko and Mustard (aka the artist formerly known as DJ Mustard) to pay homage to all the single ladies on his new single “By Yourself.” Of the track, the artist shared with Rolling Stone, “‘By Yourself’ is an ode to all the amazing women, especially all the single women and the single mothers, who do this thing called life on their own. Especially now more than ever. Ladies, if you’re handling your responsibilities by yourself, just know we see you and appreciate you.”

The track opens with a sped up sample Changing Faces’ 1997 hit “G.H.E.T.T.O.U.T.” That classic is then flipped into a song doing this thing called life on their own. Ty gives it up to all the single women who are about that life but not about that drama. Meanwhile, Jhené, a single mother herself, speaks for the women rolling solo dolo with pride.

“By Yourself” will appear on Ty Dolla $ign’s upcoming third album, Featuring Ty Dolla $ign, due out on Friday, October 23rd. Ty explained the album’s title on Instagram, stating, “I decided to name my third studio album Featuring Ty Dolla $ign because there is truly something for everybody on this album. It features some of my most talented friends, on some of the best music I’ve made in my career.” We’d rattle off a list of his features, from his latest collaborations with Brandy on “No Tomorrow” to "Hit Different" with SZA, not to mention all his uncredited backgrounds, but let's face it, y'all know that man stays booked, busy and blessed.

Hit play below to listen to “By Yourself” and watch the lyric video, then tune into The Late Show With Stephen Colbert on Tuesday, October 20th for a live performance of the track.