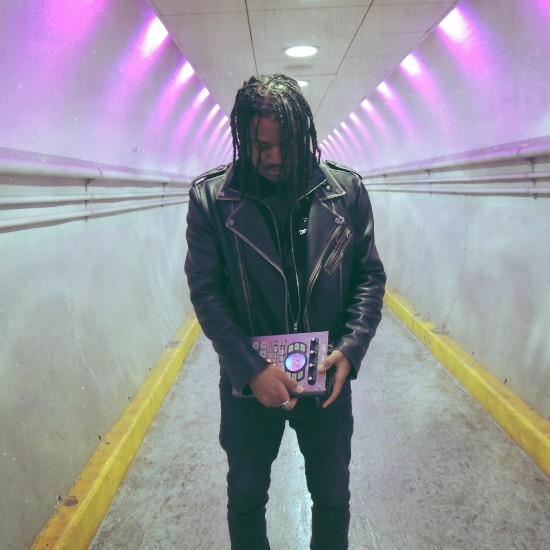 As he prepares for the release of his forthcoming EP Anima.exe, New Jersey native ARKTKT deals out a double dose of electronic energy and soulful goodness. The first single “Mantis” features British songstress Naomi Banks and details the difficulty of managing temptation while in a relationship. The track is a seamless combination of hip-hop's head nod and the complexity of electronica, while Naomi tops it all off with a layer of soft, smooth vocals. The artists’ distinct sounds blend brilliantly, as ARKTKT explains, “I sent ('Mantis') to a few great vocalists but Naomi Banks really made it her own. Things happen for a reason and I’m glad we were able to digitally collaborate to knock out this banger together.”

For the follow-up single, he teams up once again with his Berklee College of Music classmate Madison McFerrin for a track that is truly out of this world. “Amethyst” oozes with fiery futuristic vibes and is accompanied by an equally innovative visual directed by Nate Soto. Once again, despite the apparent differences between their styles, those who remember the duo from their days as Binary Sol aren’t surprised at their seemingly effortless synergy. Their creative chemistry remains intact, as Madison began writing upon hearing the track for the first time and recorded her vocals in a single session. While ARKTKT notes the collaboration among his favorite to date, Madison declares, “We came together to do what we do best - write bangers.” Indeed.

Listen to ARKTKT’s "Mantis" featuring Naomi Banks, and then give "Amethyst" featuring Madison McFerrin a spin and watch its animated visual. While there is no word on the official release date for the upcoming EP, the two singles are said to be the first of a string of releases for the Future Bounce label.