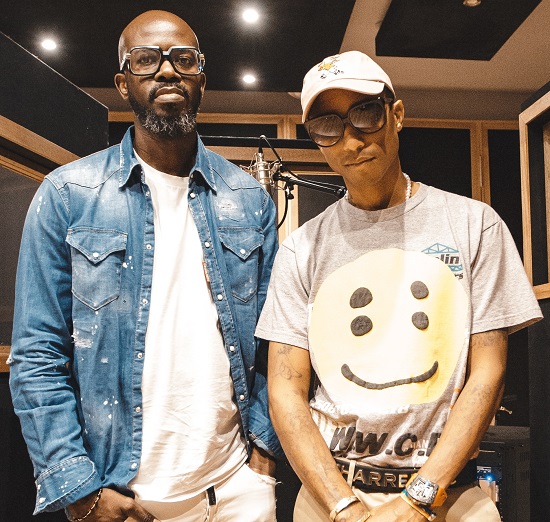 In the lead up to his upcoming album Subconsciously, we've been getting absolute heat from famed producer Black Coffee. Kicking off with Usher collaboration "La La La" last year, he's since also released collaborations with Celeste and Sabrina Claudio. Now he's coming with even more heat thanks to his just released collaboration with Pharrell Williams and Jozzy called "10 Missed Calls."

"10 Missed Calls" because with the familiar strains of Pharrell as he introduces the track with a quick verse. Though he is the bigger name here, it's actually Jozzy who commands the groove with her syrupy sweet vocal. Her voices weaves through the synth notes and driving rhythm of the kick as she sings of taking a chance on love and that daring gesture not being returned. "I tried my best just to let it roll / I had 10 missed calls / And not one from you," she sings on the chorus. "Yeah, I tried my best to let it roll / How come you don't call?" Pharrell does pop up to add his voice into the mix and then bookends the song with a repetition of his intro before things come to an end.

"To have both Pharrell Williams and Jozzy on a record with me and a part of my album project is an honour," Black Coffee said about the song in a statement. "They are two true talents that I hold so much respect and admiration for. Nothing but good energy all around!"

Subconsciously is set to arrive next year on February 5th and will feature even more high profile collaborators. Take a listen to "10 Missed Calls" below.