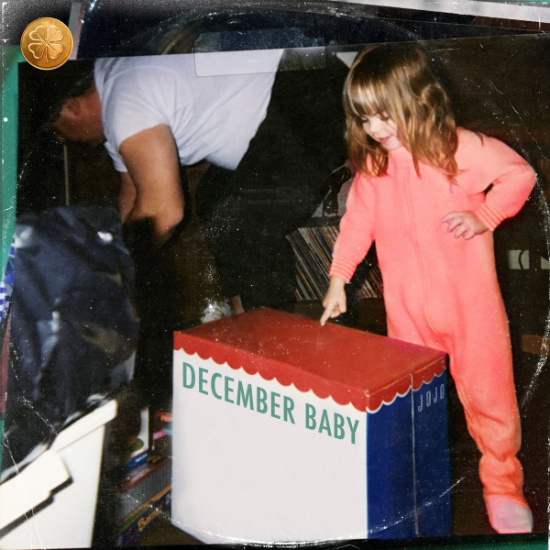 Whether getting in touch with her inner freak or seeking emotional clarity, JoJo has revealed different sides of her musical persona throughout 2020, thanks to the original, acoustic and deluxe editions of her album good to know. She also bravely used her voice to encourage social justice and provided the official anthem for President-Elect Joe Biden and Vice President-Elect Kamala Harris' campaign with the inspirational song, "Change." Now she's ready to unveil her festive side with her first holiday album, December Baby – a nod to the Yuletide season and her birth month.

JoJo finds a creative way to include traditional Christmas hymns, playing the role of a caroler blessing her neighbors with lovely snippets of "O Come All Ye Faithful," "What Child Is This" (instrumental), "Deck the Halls" and "We Wish You A Merry Christmas." She spends a little more time on standards "Have Yourself a Merry Little Christmas" and "Silent Night," plus she revisits her rendition of "The Christmas Song," initially released as an Amazon Original in 2019.

We love how JoJo puts her stamp on the classics, but the real draw of the album are the original songs. Title track "December Baby" deserves some special shine as an undeniable groove that deserves a spot in your rotation long after winter has thawed. Her soulful vocals inspire us to snuggle up with someone special to enjoy her catchy romantic grooves "Coming Home" and "Wrap Me Up." An unconventional ode to St. Nick, "North Pole" is a slow-burning banger that almost makes us believe in holiday magic. Other highlights include the lovely opening interlude "Noelle," a flip of "The First Noel" (and a nod to her middle name) featuring harmonic mastermind Jacob Collier, and "Wishlist," a lovelorn duet with PJ Morton. The duo won a GRAMMY earlier this year for previous collaboration "Say So," and their chemistry remains just as strong for the winter ballad.

In speaking of the album, JoJo posted, "The one thing on my Wishlist this year is to convey to you the way an ideal Christmas feels to me. Cozy, playful, soulful, nostalgic, hopeful. We could really use an infusion of holiday cheer after this unbelievable year." We definitely agree. Scroll down to preview December Baby, then head to your favorite retailer to officially add it to your annual soundtrack.