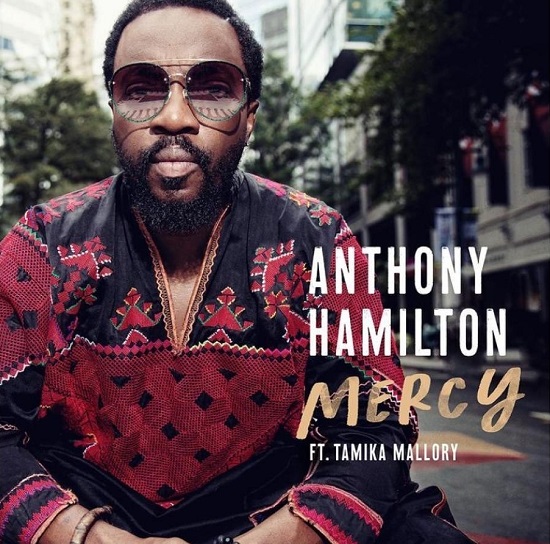 When we got new music from Anthony Hamilton in the form of "Back Together," it came with the promise of a new album to arrive in the summer. Well, summer came and went, of course, and a new album from this generation's leading candidate for Soul Brother No. 1 didn't materialize. Don't worry, though, as he's making up for it with the release of his newest single "Mercy."

The song sets up our expectations with a fiery speech from activist Tamika D. Mallory in support of her Black brothers. "As your queen, I want you to know that I see you. I feel you. I'm on your frequency," she says. "And although you don't frequently feel valued, you are." After her speech is done, soulful keys, guitar drums and backing vocals set up the song's musical backdrop as Anthony informs us of the Black man's plight. "Until you've walked in my shoes / You can never ever see me blues," he sings on the verse. "And until you've felt the pain of a broken man / You can never start to understand why I feel this way / Why I'm starting to lose my faith." But it's on the song's chorus that you really feel him as he passionately asks for a little mercy on his soul. Despite all the hardship he addresses, there's still hope as he sings on the bridge that "days like this won't last always."

The song is a powerful statement and likely won't be the last we hear from Anthony Hamilton in the coming months. The singer has reteamed with Jermaine Dupri for a new EP that they've been busily working on in the studio in recent weeks. We're looking forward to that project when it arrives, but for right now, you can feel Anthony Hamilton's "Mercy" when you press play.