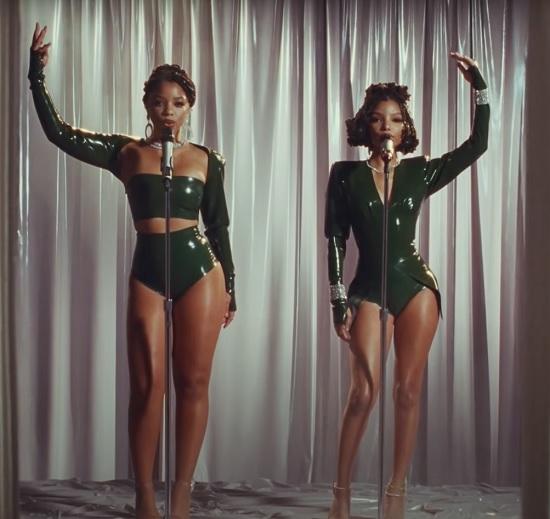 If anyone deserves to do a victory lap as 2020 comes to a close, it's Chloe x Halle. Though their names were already known thanks to their viral YouTube videos and their Beyoncé affiliation, this year was the year that the ladies came into their own thanks to their sophomore set Ungodly Hour and their show-stopping "live" performances that showed everyone how it should be done. Now with a couple more GRAMMY nominations and the Billboard Women In Music Rising Star honor under their belts, Chloe x Halle took some time to sit with Billboard and Honda Stage to talk their upbringing, career and future in a mini-documentary.

The stylized doc combines interviews, video footage from home and their rehearsals and filmed clips showcasing their current style. While it rehashes some of the things we already know (including their YouTube days and their Atlanta upbringing), it does provide a refreshingly honest look at what makes them tick. One key moment is when they talk about releasing Ungodly Hour amid the civil unrest that ignited during this summer. While they did delay the album's release in light of what was going on, they made sure to mention how their Blackness informs their work. Lastly, the ladies talked about their individual talents (with each of them highlighting traits and talents they admire in the other) and what the future might hold for them individually and as a duo.

It goes without saying that the future of Chloe x Halle is indeed bright and will see much more well-earned success for the sisters. Get a brief glimpse into their lives when you watch the documentary below. And, as an added bonus, you can also check out a special performance of their song "Don't Make It Harder On Me" if you stick around after.