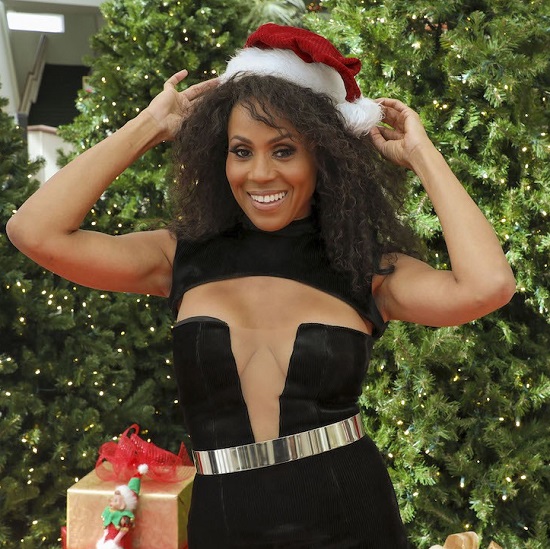 There's something about Eartha Kitt's 1953 Christmas single "Santa Baby" that has made the song as evergreen as the trees we place in our living rooms every year. Several ladies (and gentlemen) have covered the sultry holiday song in the nearly 60 years since it was first released — including a recently released cover by Brave Williams. That won't be the last time you hear the song, though, as singer Deborah Cox has released her version of the tune to add to your holiday playlist.

What makes Deborah's take stand out from the rest is that she's one of the rare few that strips the song back. Her version features just her and a twangy acoustic guitar, allowing us to experience the gift of her vocal without other distractions. Don't worry, though, the singer hasn't forgotten what makes the song work. She's all coos and teases as she makes her pricey demands for the finer things this Christmas. She also gives the guitarist some, letting him have a bluesy solo before she reminds Santa of one more important item to add to her already lengthy list of requests.

When she's not reinterpreting Christmas classics, Deoborah Cox has been making moves despite the pandemic. She recently had her first ever holiday show, I'll Be Home For Christmas, at Miami's Adrienne Arsht Center for the Performing Arts. She even sat down with Adrienne Arsht to discuss the occasion and offer up a performance of the other holiday song she released this year, "I Really Don't Want Much For Christmas." You can check out both "Santa Baby" and her conversation and performance for Adrienne Arsht below.