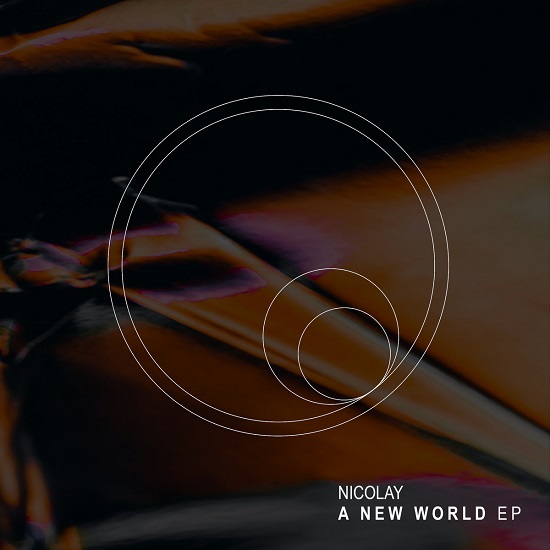 Now that he's given us calm with Lights In The Sky and a reason to move with Never Stand Still, Nicolay is ready to bring it all home. He does that with the release of his final installment in his Analog Dreams EP series, A New World. With each of the previous entries setting a particular mood, A New World has the task of sonically unifying the trilogy. It's a daunting task with two works that sound so much different from one another. However, A New World rises to that occasion.

A New World plays up to the dreamy quality of the trilogy with airy, relaxing vibes that are interesting and inviting. The set doesn't just sit there lounging, though, as it mirrors the laid-back feel of Lights In The Sky and mixes in the urgency of Never Stand Still. The unlikely pairing of sounds results in rich soundscapes that allow your mind to wander in them. This starts from the album's opener, the set's title track, which pairs a bubbly synth bass with atmospheric synths that seems calm at first. Soon, though, the drums pick up and we're transported to a head-nodding groove that bleeds into the next track, "Dream Sequence."

Switching from soothing tranquility to something more suitable to dance to seems to be the theme, as it's evidenced throughout the EP. That, fittingly, comes to an abrupt stop on "Into The Unknown." That particular track features a heavy electronic bass that ricochets between the speakers while a clatter of hi-hats keeps a steady rhythm. Final track "The First Light" then wraps things up with a familiar feeling groove that envelops the listener like a warm hug as it brings us home from our musical journey.

A New World might be the longest of the three EPs, but it feels just as intentional and acts as the perfect close to a much-loved series.


TAGS:  audio, nicolay
Previous: Marie Dahlstrom, Dan Diggas & Aligo All ‘Fall Down’ Next: Joyce Wrice Gets Over Her Lovesick Blues In ‘So So Sick’