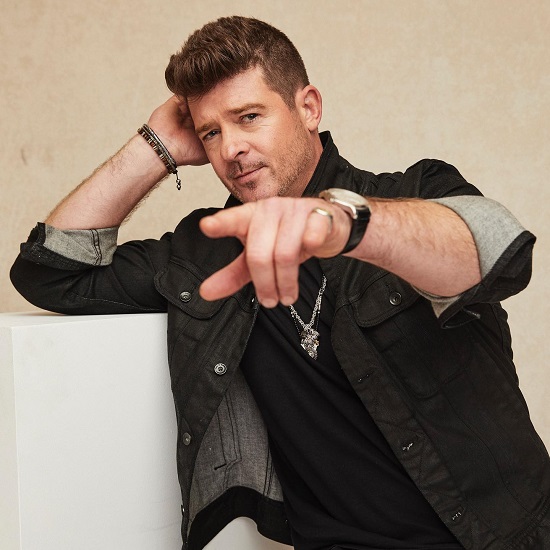 Robin Thicke has been promising the release of a new album since late 2018 when he released his single "Testify." That new project hasn't materialized just yet, but he has been given us a couple hints of what's to come with singles "What Love Can Do," "When You Love Somebody" and "Forever Mine" in the two years since. Now he's joined forces with the NFL's "Songs Of The Season" campaign — which also recently brought us Kelly Rowland's recent tune "Hitman" — to release his newest single, "Fire It Up."

"Fire It Up" finds the singer giving his soulful best over a track filled out by boom-bap drums and smoky guitar licks. The rest of the song is Robin himself as he requests that his lover get things started. A Robin Thicke song wouldn't be his unless there were some Marvin Gaye-isms, and there are quite a few here. It's reminiscent of Marvin's Trouble Man-era, with a lot of the arrangement dependent on his falsetto to ignite the flame. If we're being honest, though, not much could save this one from sounding just a tad generic. That's mostly due to the vague, repetitive lyrics. There's very little to hold on to here outside of the constant refrain of "fire it up" and it's lacking an overall melody to keep us singing after the song ends.

That being said, the song is being released for a good cause. The "Songs Of The Season" campaign aids the NFL's social justice initiative Inspire Change. Proceeds from the single (and others in the campaign) will be donated across the organizations that the initiative supports. Check out the latest from Robin Thicke and support a good cause when you listen below.