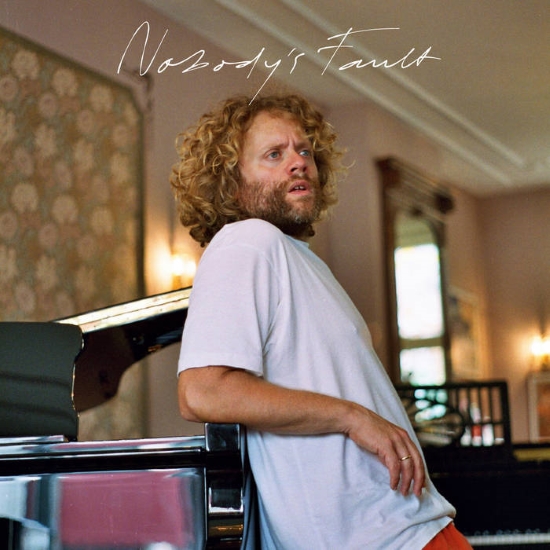 Benny Sings began curiously releasing new music — starting, fittingly, with his single "Music" — at the start of last year. Normally, that would inspire us to put on our sleuth caps to find any indication that a new album might be on the way. We were distracted by a little thing called the 'rona, however, and lost the trail. While we were stocking up on toilet paper and hand sanitizer, it seems Benny had his head down while doing the work. That's why he's announced this week that he'll be releasing a new album, also called Music, in April. He's also granting us another listen to the upcoming project with the release of his new single "Nobody's Fault."

The song finds Benny once again putting a melancholy feeling to an upbeat melody. This time he sings of a breakup that would seem to be devastating. Rather than devolve into a puddle of emotions, though, he turns to rationalization to help him through. "Hey, it’s nobody’s fault / We’re getting old / And time keeps pushing on," he sings against the song's upbeat piano arrangement. "To the end of the road (my darling) / Hey, what can you say / It’s better this way / It’s time to sing your song / So I’m letting you go." Speaking on the song in a press release, Benny said of the song's rational lyrics. "Therein lies an extra sadness for me: it’s more sad to see a person falling, and saying 'I’m all right!' than someone lying on the ground and crying."

He also captures that feeling in the song's music video. We see Benny on what appears to be a rather dreary day as he begins the process of parting ways. Though he's going through his day to day and the lyrics relay that he's fine with letting things go, his pained looks at the camera seem to relay a different message. His lady also gets a word in here, as she's given her own scenes as well as a chance to take on the complex feeling of the chorus. From there, we're left with Tom Misch's guitar solo as Benny dances his feelings away before the tune abruptly ends.

"Nobody's Fault" is available to purchase now via Bandcamp. As for Music, the ninth album from Benny Sings will arrive on April 9th.