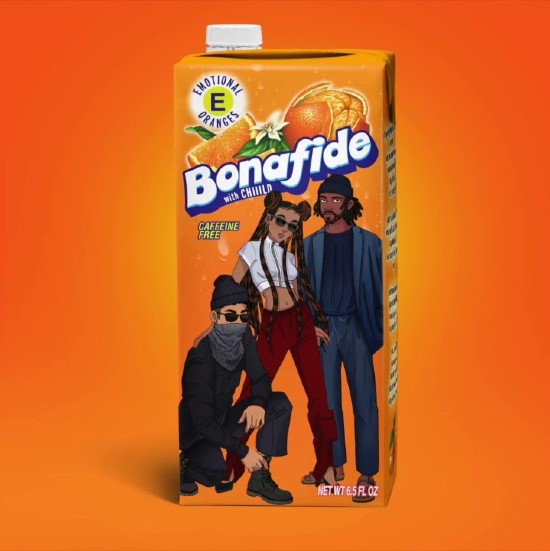 Emotional Oranges has made a name for themselves with music that lives up to their juicy moniker. Consistently serving emo euphonic vibes, the Los Angeles-based duo taps into all the feels and makes us dance at the same damn time. Their latest single “Bonafide” continues along this wave and will surely quench the thirst of their growing fan base. The track features Avant Garden labelmate Chiiild and tells the tale of resilient love. The groovy bassline instantly captivates as their vocals glide effortlessly over the entrancing track.

Given the feel-good energy of the single, the source of inspiration behind it is a bit surprising. In a recent interview, one of the members stated, “I wanted to make something that felt like it could score that iconic Black Swan mirror scene.” Things begin to make a bit more sense when they add that they were also listening to a lot of Sade and The xx at the time. Chiiild provides even more clarity noting, “The song is a source of hope in the midst of uncertain times. 'Bonafide,' like the title, is about a genuine, unwavering love. Withstanding the good times and strengthening during the bad.”

Add Emotional Oranges and Chiiild’s “Bonafide” to your collection from your preferred digital platform, and keep your ear to the ground for news of the duo's third studio album, Juicebox, which is set to drop later this year. The project is said to include their single "All That" featuring Channel Tres, which dropped last fall, as well as a collaboration with Vince Staples.