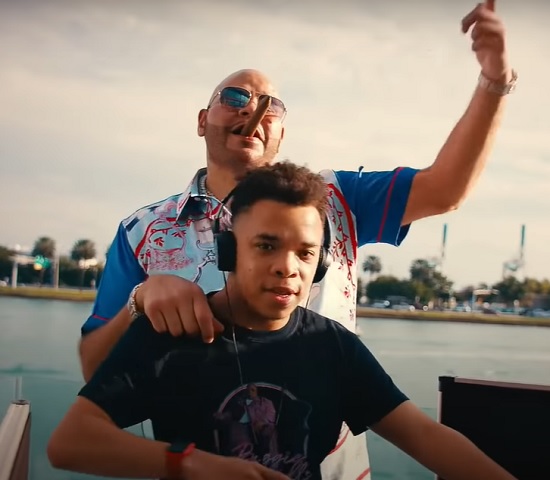 You've gotta love the internet. It's pretty much revolutionized the way that we collaborate (just look at the wonders it's done for remote work during the pandemic). But the internet's greatest trait is its ability to bring folks together who might not have met otherwise. Take rapper Fat Joe and viral mashup king Amorphous, for example. Last November, Amorphous dropped a smokin' hot mashup of Rihanna's "Kiss It Better" and Luther Vandross' "Never Too Much." It was so hot, in fact, that it got the attention of Joey Crack, who contacted him to create the jam into his new single "Sunshine (The Light)."

Their collaboration samples the mashup and adds co-production by Cool and Dre and DJ Khaled to elevate it to a true party starter. As Amorphous' carefully curated groove plays, Fat Joe takes the opportunity to brag about his way with the ladies and his ability to spoil them with all the material things he can muster. Meanwhile, Rihanna's sample provides the chorus, with her words seemingly shouting out his Joey Crack persona.

The video is an equally boastful affair as the fellas take us to Miami to a yacht party full of beauties. While Joe raps and Amorphous spins the track, they're joined by the likes of Diddy and a few other friends. For Fat Joe, this all seems like any other day. Amorphous, however, is rightfully having the time of his life.

If this track had dropped later in the year, we'd say it was a shoo-in for song of the summer. It is definitely a nice jam for right now. Get into the audio and visual when you press play below.