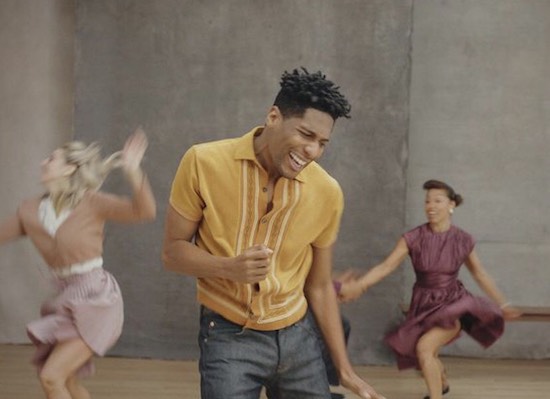 Following his stellar work as music consultant for Pixar's Soul, consummate artist Jon Batiste continues to serve fans with much-needed and spirited doses of positivity. His latest single “I NEED YOU” is an audible burst of sunshine co-written and produced alongside Autumn Rowe and Kizzo. Over an exuberant track laced with elements of jazz, gospel and other feel-good energy, he reminds us that true happiness isn’t found in money or possessions, but rather in the richness of real love. His tone is infectious as he does what he does best on the song he describes as a “vibe cleanse.” He says, “After 2020, this is like a warm hug.”

The accompanying Alan Ferguson-directed visual is just as captivating and invigorating as the track. Set in an art gallery, its nearly impossible not to swing and smile while watching classic photographs of Harlem’s Lindy Hoppers come to life. Despite Emmy-nominated Jemel McWilliams’ choreography, it seems Jon let his soul take over and by the end we’re winded right along with him and his lovely companion. Behind-the-scenes footage shared via Instagram is as much of a joy to watch as the finished product and he’s recently invited fans to join in on all of the fun. Follow the hashtag #INeedYouChallenge to watch folks match his moves or just do whatever feels good. Whether you watch from the sidelines or bust a groove of your own, we’re grateful to Jon for continuing to spread love and happiness.

Watch Jon Batiste’s “I Need You” below, and be sure to add the track to your collection from your preferred digital platform. This latest release marks the second single from his forthcoming album WE ARE, which is due out March 19th via Verve Records.