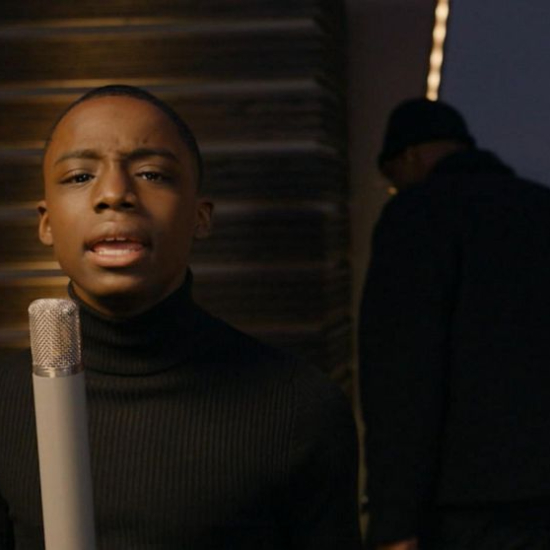 As Black people continue to fight for justice, equality and our very existence, police brutality remains a top concern. Yet, despite our frustration, it's been inspiring to see how young people have not only marched in the streets and stepped up to the podium in protest, but in many instances, they are leading the charge. This is particularly significant considering how many innocent youth have been brutalized, jailed or even killed because of the color of their skin.

In the past year, Keedron Bryant has emerged as one such youngster, using his vocal talent to call attention to our plight with songs such as "I Just Wanna Live." Now the talented teen is lending his voice to the soundtrack for American Skin with the song "I Know I Been Changed." The stirring tune also features guitar-playing dynamo Gary Clark Jr. and prolific Bay Area rapper Symba.

Directed by Nate Parker, American Skin tells the story of a grieving father seeking retributive justice after his 14-year-old son is killed by a police officer. Keedron breathes new life and soul into the Negro Spiritual from which the song borrows its name. Meanwhile, Symba's pointed prose and Clark's fiery guitar echo the anger and pain of the film and our present-day reality.

Listen to "I Know I Been Changed," then scroll down to watch Keedron and Symba give a powerful performance on The View. American Skin is currently available on-demand via services like Apple TV+ and Google Play.