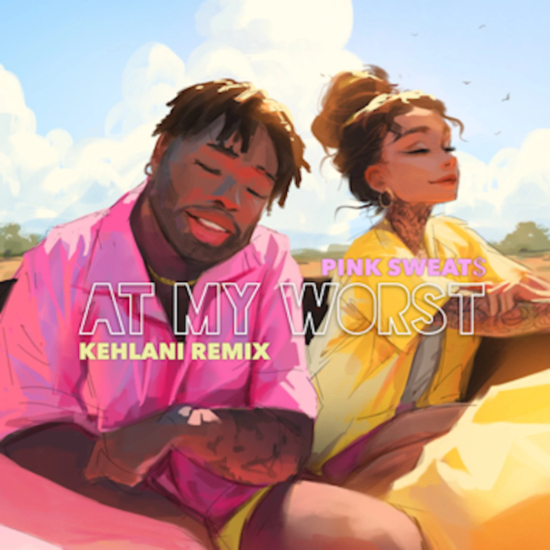 Aside from his affinity for all things rosé, Pink Sweat$ is known for using his tender vocals to wax romantic. The soulful singer – who has captivated us with EPs Volume 1, Volume 2 and The Prelude – has no problem wearing his heart on his sleeve, and we love to see it. As he prepares to drop his anticipated full-length debut Pink Planet just in time for Valentine's Day, he makes us swoon once again, this time with a little help from Kehlani.

The two link up for an alternate version of his popular single "At My Worst." As the object of Pink's affection, Kehlani shifts the dynamic of the song by offering a viewpoint from the other side. Luckily, she's on the same page and proves the feelings are mutual, singing, "All I know is love, for you it's real / It's different from anything that I thought I'd feel." The duo is quite convincing as their voices blend seamlessly through the remainder of the song.

The Kehlani update follows previous remixes of "At My Worst" by Indonesian producer Gustixa, British DJ Joel Corry and Indian singer Nikhita Gandhi. Be sure to add the remixes to your playlist ahead of the February 12th premiere of Pink Planet. Afterward, celebrate with Sweat$ by grabbing a ticket for one of two livestream events on his release day (at 9 am EST and 9 pm EST), where he will perform tracks from the new album as well as his previous projects, plus give fans a chance to join him on-stage.