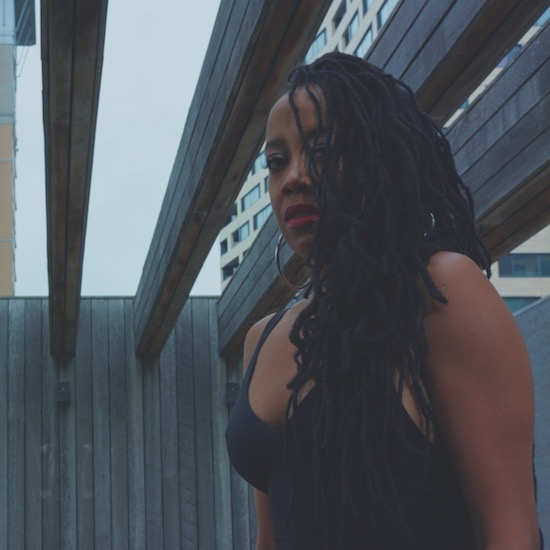 A breakup can send you reeling. Whether it's an amicable parting or nasty split, feelings are always involved and they can hit you in the most unexpected of ways. In singer-songwriter Debórah Bond's case, the end of a relationship sparked her creativity and opens a new chapter in her career with the release of her new single "radio."

This song is Bond's first solo release as she steps away from her band Third Logic for its recording. Nothing is lost in the transition, however, with Debórah's familiar vocals wrapping themselves around the listener like an affectionate hug. On "radio," she channels the loss of that loving feeling into a reflective, hopeful tune. Though "radio" looks back on "just another sad love story" as she sings in the opening line, this isn't just another sad love song. Instead, Bond and producer Trey Sorrells create an upbeat song that thoughtfully reflects on her journey in and out of love with happiness and no hard feelings. The track features a groovy bass line, twinkling keys and Corey Fonville, a member of the band Butcher Brown and Christian Scott's drummer, holding it down on drums.

According to Debórah, "The love dies, but the music lives on." We see a glimpse of her living and moving on with life in the music video for "radio" directed by T.L. Benton of Mecca Filmworks. Bookended by black-and-white scenes of her in a bit of a downtrodden mood, she soon turns her frown upside down once she gets outside. Shot on a rooftop, Bond happily sings, smiles brightly and struts with confidence as she grooves to her one-woman show, reveling in her freedom.

Debórah Bond's "radio" is released by Splash Blue and is currently available on all digital download and streaming platforms worldwide. Her as-yet-untitled new album, her first in 10 years following the 2011 release of Madam Palindrome, will be released on Splash Blue this spring. The project will explore various topics including self-awareness, new love/intimacy and circumstances of the world around her and feature collaborations with Nate Smith, Gordon Chambers and DJ Harrison, also of Butcher Brown.

While we wait for this highly anticipated release, enjoy SoulBounce's exclusive world premiere of the music video for "radio" and join us in welcoming Debórah Bond back.