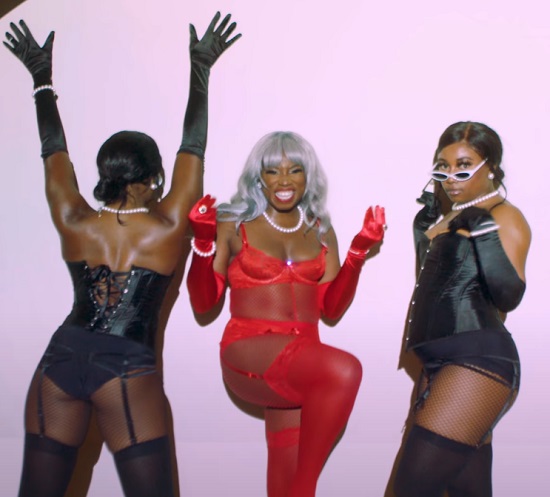 Singer TeaMarrr has enjoyed some of the perks of being one of the first artists signed to Issa Rae's Raedio imprint. That includes having her music featured on the most recent season of Insecure and being able to rope in a who's who of guests for her debut EP Before I Spill Myself. That includes the sexually charged "Tick," which features the smooth vocal stylings of LA's own SiR. The song gets a new life now as it's the latest from the EP to get the visual treatment.

TeaMarrr looked to the world of film noir for inspiration this go around. Specifically, she takes on the role of a private dick on the prowl for her man in the City of Angels. The approach is an interesting one to take for a song all about getting your back blown out with the quickness. But don't think that TeaMarrr is trying to hide the song's raunchiness behind a concept. She spends a good portion of the video clad in nothing but sexy, red lingerie as she and her dancers deliver choreographed moves that coincide with images projected over them. When she's not doing that, she's making moves on Insecure star Sarunas J. Jackson as she attempts to get what she's come after. Sadly, SiR doesn't make an appearance in the clip. His presence is missed, but TeaMarrr steams things up enough for the both of them.

Will TeaMarrr get her man (in every sense of the phrase)? The only way to find out is by peeping her latest visual below.