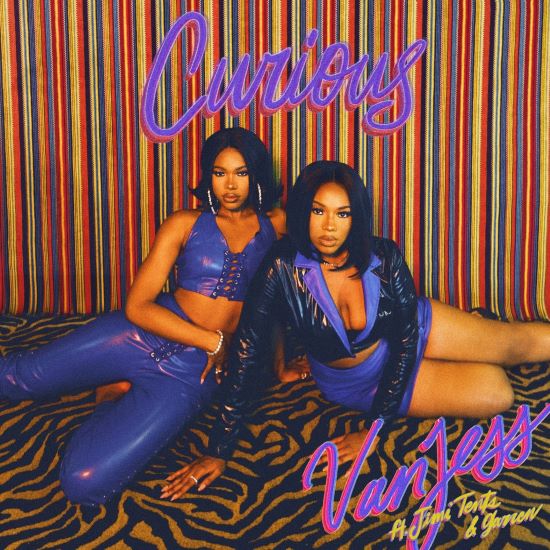 VanJess is gearing up to drop a new project soon with the announcement of their upcoming EP Homegrown. We had a strong feeling that they had something in the works when they seemingly dropped a new single every week. So far, they have seduced us with the sultry sounds of "Come Over," "High & Dry" and "Slow Down," but the ladies aren't done as they drop a fourth new single with "Curious."

"Curious" follows in line with what we've heard from the duo in recent months. The sisters deliver tight harmonies over a mid-tempo synth groove and stuttering drums. Oh, and if you thought the ladies weren't trying to turn us on, then you aren't listening. "Eyes on my body, love / You going crazy now / I watch you eat it up / Like a honey bun," they sing on the second verse. "Baby, fill this cup up / And watch that bubble now / It go up and down." We're not the only ones who are feeling the heat either, as featured guests Jimi Tents and Garren both try their damnedest to keep the same energy while getting hot under the collar. It all works in our favor, though, as this slinky jam has definitely made it to the top of our GTD playlist.

"Curious" definitely has us curious about what VanJess has in store for us on Homegrown. The project follows their 2018 debut album Silk Canvas and will feature nine songs in total. Homegrown will be released on Friday, January 29th, but in the between time get into “Curious” right here.