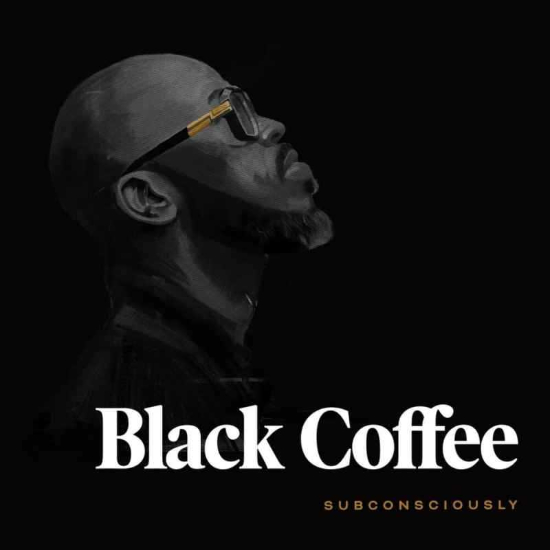 You know how you wait several years for a sequel/follow-up to a great piece of work, only to be disappointed in the end? All of us could probably fill a page with titles that fit the bill.  But there are also times when said project exceeds our expectations, which is something Black Coffee has accomplished with the release of his new album Subconsciously.

It's been five years since the South African DJ released a collection of new music (2016's Pieces Of Me). Blame it on his busy touring schedule and his highly-sought-after collaborative skills. To be fair, he didn't leave us completely high and dry, dropping singles and mixtapes along the way. But this is the album we've been waiting for. It's not simply a collection of new songs, it also marks a departure from his strictly house music sets.

“Subconsciously is the first album where I’ve stepped outside of the house music-only approach whilst still remaining true to my roots," he explains in a recent Forbes interview. "I still have my rhythms and I have my people on the album, and we all move together with the common goal of presenting who we are without trying to be anyone else." That's the beauty of this star-packed album. Though each track delivers a distinct sound, there's an undeniable vibe that connects them all, delivering a satisfying, cohesive collection worthy of multiple listens.

Fans may feel a tinge of familiarity while listening to Subconsciously. That's because Black Coffee began dropping crumbs back in 2019 with the infectious Usher collaboration "LaLaLa." More music dropped during The Great Lockdown of 2020 with songs featuring Sabrina Claudio ("SBCNCSLY"), Celeste ("Ready For You"), Pharrell Williams & Jozzy ("10 Missed Calls"), and Maxine Ashley & Sun-El Musician ("You Need Me"). Don't worry, that "first listen" euphoria is still quite palpable – particularly because these songs come packaged with equally amazing tunes.

Highlights include the hypnotic slow-burn of "I'm Fallin'" with RY X; the dancehall vibes of "Flava" with Una Rams and Tellaman; the Msaki-led sentimental groove, "Wish You Were Here;" an update of 2018 hit "Drive" with David Guetta and Delilah Montagu; and "Never Gonna Forget," a breezy jam featuring Diplo and Elderbrook. With additional gorgeous tracks featuring Cassie ("Time") and DJ Angelo & Jinadu ("Lost"), Subconsciously is the perfect refreshment for our playlist needs.