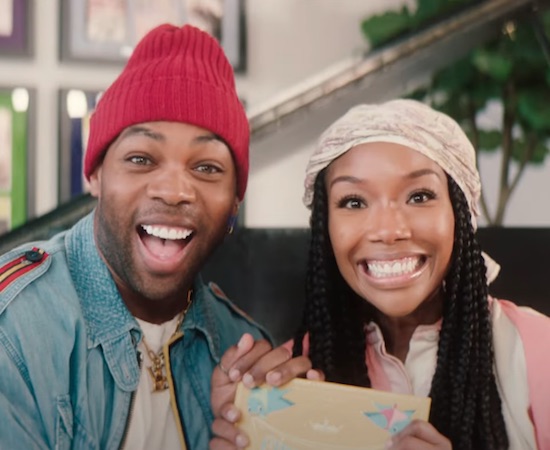 Todrick Hall is certainly no stranger to Disney's movies and music. Through the years, he's shown a particular interest in the princess storylines, updating and slaying timeless characters as only he can. But even with his spectacular imagination, his most recent project, "Cinderella Medley," is something he never dreamed would be possible. In addition to featuring his friend and music idol Brandy, it also celebrates the long-awaited streaming debut of 1997's Rodgers & Hammerstein's Cinderella (aka, Cinderella), which originally aired on ABC's The Wonderful World Of Disney.

In 2021, where Black princesses and superheroes are increasing in popularity, playing Cinderella might seem like a small achievement. But when the movie debuted in 1997, Brandy made history as the first woman of color to portray the iconic character on screen. The late Whitney Houston (who also served as an executive producer) dazzled as the Fairy Godmother we all wished we had. But even deeper than that was the importance of little girls and boys (and those young-at-heart) seeing themselves reflected in a culturally-diverse cast that dared to buck the status quo.

It's unbelievable that it took this long for the groundbreaking film to be streamed, and Todrick does a phenomenal job capturing the sense of joy and wonder we're all feeling right now, using elaborate costumes and dreamy choreography. For Brandy to join him – looking just as young as she did 24 years ago and wearing a replica of her swoon-worthy ballgown – is just icing on the cake. The duo enchants us they vocally slay key songs from the movie, including "The Sweetest Sounds," "In My Own Little Corner," "A Lovely Night," "Ten Minutes Ago," and of course, "Impossible/It's Possible."

As if all of this wasn't enough to make our collective inner child squeal with glee, Paolo Montalban ("The Prince"), along with stage and screen veterans Victor Garber, Bernadette Peters, Jason Alexander, Leanne Vox and "The Queen" Whoopi Goldberg, all symbolically reprise their roles for a nostalgic and delightful ending. Although there is a tinge of sadness, missing Whitney and Natalie Desselle-Reid (who passed away just two months ago), these performances will forever be remembered, bringing smiles to repeat-viewers and first-time watchers for generations to come.

Peep Todrick's awe-inducing tribute below. Cinderella is currently streaming exclusively on Disney+. And who knows, maybe a little touch of magic will allow us to finally receive the official soundtrack we've been waiting for.