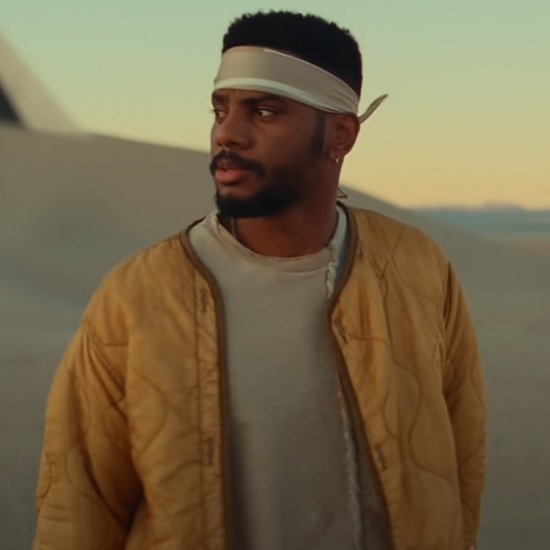 Bryson Tiller is still riding high after the October release of his most recent album A N N I V E R S A R Y. The set was a hit among his fans but, so far, had only spawned one visual — the Kehlani co-starring "Always Forever." He rights that wrong (see what we did there?) now with the release of a visual for the set's second single "Sorrows."

For "Sorrows," Bryson looks to artist Salvador Dalí for inspiration. Or at least that's what it seems. It first opens with him walking in the desert as a storm begins to form in the distance between him and his leading lady. That storm opens a vortex between them, tossing them into a world where clocks float through the air like balloons, hourglasses are as big as skyscrapers and large figures walk shadowed in the sky. Just waiting to see what's going to happen next in the Kid. Studio-directed is a visual treat, and it only gets better as things progress.

Bryson Tiller is already moving on to his next project Serenity, but we wouldn't be surprised if we get one last visual from A N N I V E R S A R Y before all is said and done. Check out the surrealistic clip for "Sorrows" when you press play.