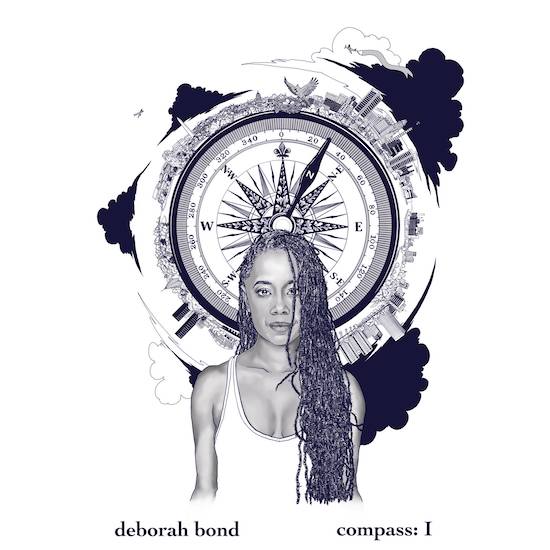 After debuting her brand new single "radio" and its music video just a few weeks ago, Debórah Bond is wasting no time in rolling out her new album and is as eager to release it as we are to hear it. To that end, Bond has officially announced her next project and provided additional details about it – including a sneak preview.

Entitled compass: I, the album will be released on Friday, March 5th. Debórah describes this collection of songs that she created while being still during the great quarantine of 2020 after a tumultuous four year-period in her life as, "an album created from a personal moment of journeying...set in motion by life-changing endings and new beginnings." Accompanying her on this musical journey are her co-executive producer Brandon Lane, Trey Sorrells, Nate Smith, Gordon Chambers, JSOUL, Dre King, Kian Asamoah, DJ Harrison and Corey Fonville.

"As a natural wanderer, I've allowed my internal 'compass' to guide me. I've always followed the music, I've always trusted my instincts," Debórah told us about the album last month. Over the course of nine tracks, listeners will get to hear the different directions where she's been led on compass: I. Keeping with the album's theme, the cover features very detailed artwork by Terron Cooper Sorrells that follows Debórah's journey through life thus far.

Debórah Bond's compass: I is currently available for pre-order or pre-save from a variety of DSPs. Peep the album's tracklist below then keep scrolling for an audio teaser mixed by DJ QueenZeb, Debórah's DJ alter ego, to get a feel for the musical treasures that await.