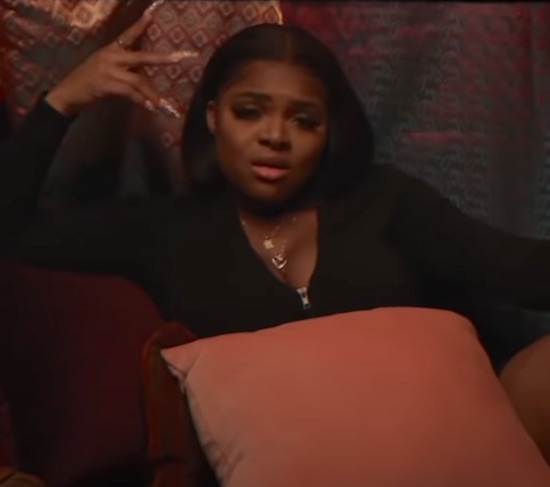 Inayah Lamis made a name for herself with the viral hit “Suga Daddy” a couple of years ago. But while the hilarious lyrics made the track stand out, it also showcased the undeniable writing and vocal ability of the singer who performs simply as Inayah. Now she’s back with a new single entitled “Missing It” and getting fans ready for her next project.

Over a tranquil guitar loop, Inayah laments losing her ex. But according to her, “this story don’t have an ending,” and she’s not quite done dealing with her old lover. She’s lovesick and she’s not about to settle for anything less than getting her man back. She’s going through it, running from one emotion to the next, trying to piece together the who, where, what and why’s behind their breakup. What makes the track stand out is how she uses different techniques to tell her story, giving us diva moments and a stuttering rap flow in the same breath, helping her audience feel what she’s going through. “Missing It” does have a bit of Inayah's signature sense of humor, but it also shows her versatility as an artist.

Along with the track, Inayah also shared a short but sweet visual directed by Spike The Designer. In the clip, she's simply sitting alone on a couch in a room draped in jewel-toned prints. The decor is eye-catching, but Inayah has our full attention.

Inayah is currently in the studio working on her album, and according to her Twitter, she’s got big names like Rodney Jenkins by her side. That's not all that the YouTube Trending Artist On The Rise has cooking, with a bun in her oven and a new single entitled "Fallin" ready to drop on Friday, February 5th.


TAGS:  "rodney jerkins", audio, Inayah, inayah lamis, Spike The Designer
Previous: Sidibe Wows With Her Sensual ‘Breathwork’ Next: James Vickery Offers A Song For Quarantined Lovers With ‘Somewhere, Out There’