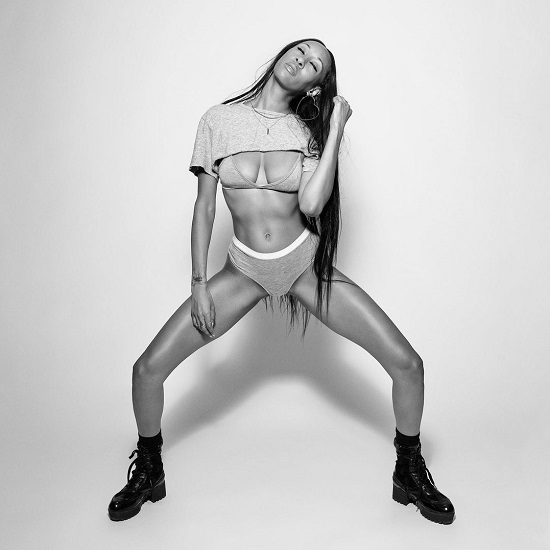 Not many can say that they help usher a new wave in R&B, but that's exactly what J*Davey did back in the early 2000s. Since then, the duo has gone their separate ways and blazed different paths in the industry. For former frontwoman Jack Davey, that means continuing to push against the restrictions of genre with daring projects like LO-F!. The queen of catching us off guard continues her reign with the release of her WYWH maxi-single, which gives us four new tracks and four new reasons to love.

The maxi-single finds the singer collaborating exclusively with producer Saint Luke, who laces her with trippy, next level beats that take us different places. You'll notice that we didn't call this an EP. That's because rather than give us four separate tracks, she presents them as one 13-minute track (though if you want a better idea of how the tracks sound separately, you can check out the teaser on SoundCloud). It's not how we're used to receiving things but, then again, that's what we expect from Jack.

"Good Guy" kicks things off over an eerie beat that utilizes ghostly synth sounds over oft-sampled drums that will have you nodding your head. She uses the opportunity to lament her dating life as she lets us know that she just wants to meet a "f**kin' good guy." She then switches up gears to play sex kitten on "Everything U Ask 4" as she talks her ish over ticking drums and production that veers from heavenly to distorted. That distortion bleeds directly into "Devil," which is deliciously dark as she sings about the devil on her shoulder tempting her to do the wrong thing. Outside of beckoning us to come closer, the track is light on lyrics. However, the music again pulls a switch as it gains strings toward the end and lightens up in mood. "I Should Be Sleeping" closes things out as she talks her ish over a dreamy groove crafted mainly of samples and piano, reminding us of the attitude that makes us run to hear whatever she releases.

With her maxi-single out and the promise of a full album to come, it's safe to say that Jack Davey is officially back and ready to attack. Welcome her with open ears as check out her WYWH maxi-single below.