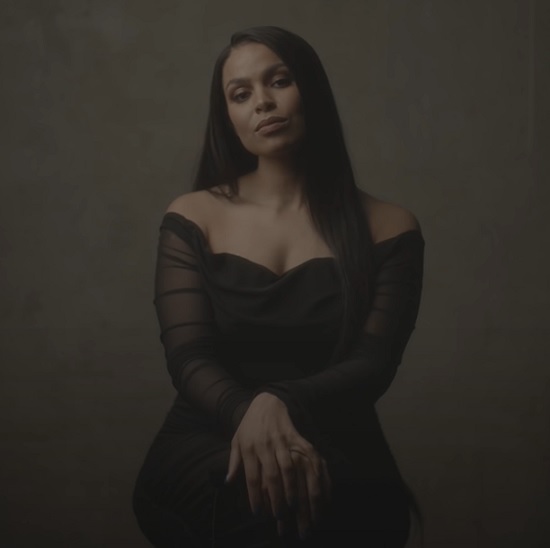 We've all dealt with that aftermath of a bitter breakup. Some folks can bounce back almost immediately. But for the rest of us, the feelings and emotions still linger. Jordin Sparks has crafted a song to capture that latter sentiment while also taking back some of her own power with her new single "You Still Think Of Me."

The song, produced by Schmarx, finds the singer ruminating on an ex and her feelings after ending things. She's ready to move on from an unfaithful lover, especially on the second verse, where she sings, "Taking a different type of view / I unwrap my heart to someone new / Leaving you but gaining me is true." She knows in her heart, though, that her ex isn't ready to do the same. She touches on his serial dating and bed hopping in order to get her out of his system, but she knows that he still hasn't shook her. "You still think of me / And I know it really kills you, baby," she sings with a smile in her voice on the chorus.

Rather than make the video all about an ex, Jordin opts to make it all about her. We see the American Idol alum looking gorgeous in understated looks and simple shots. And while the lyrics can sometimes come off as bitter, the calm smiles that she gives the camera throughout the clip shows that she's content in her choice to move on.

"'You Still Think Of Me' is emotionally intense, and it's very healing at the same time," the singer said in a press statement. "It's simultaneously haunting and redemptive. I love the duality of it. I've gone through a lot, and I'm finally at a place to share my experiences through my music. I've been through the fire, and I’ve come out on the other side better, not bitter and sure of who I am. I am so, so grateful."

"You Still Think Of Me" is the first single from Jordin Sparks since she released her Sounds Like Me EP last year. All signs point to this one being the first listen of an upcoming album, though the singer hasn't confirmed this just yet. But in case it is, we suggest you check out the song and video below.