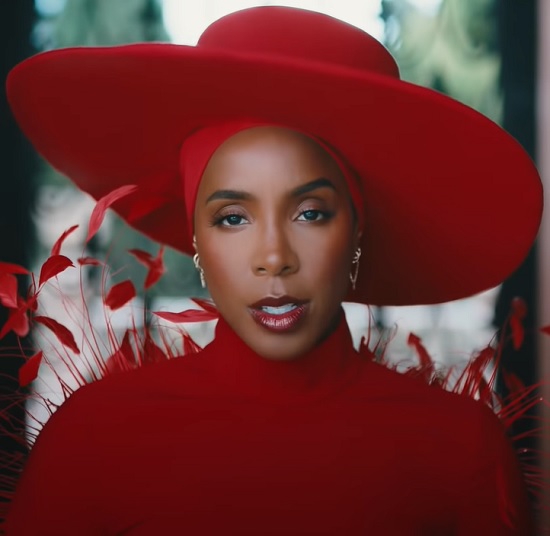 We expected K, the new EP from Kelly Rowland, to be released back in December. The singer was, understandably, a little busy at the time, though. Two months and the birth of a bouncing baby boy later, the EP has finally been released. The singer has also seen fit to give us another video from the six-song set with an artistic visual for the track.

The video starts with Kelly looking resplendent in a splashy shade of red adorned with feathers. As the song's reverberating synth bass kicks in, she struts toward the camera before serving fashion and face while singing the song's earnest lyrics. Eventually she ends up in a room filled with living sculptures that slowly come to life to perform a modern dance alongside her. This eventually leads to a scene with Kelly wearing another stunning gown, this time with shades of gold and purple, as the troupe of dancers move and swirl around her.

The stunning visual is just the latest in a line of videos we've gotten from K — including her recent effort "Black Magic." Perhaps after she's done basking in the glow of new mommyhood, Kelly Rowland might be willing to offer us a couple more. Check out her video for "Flowers" when you press play and then stick around for a stream of K in full.