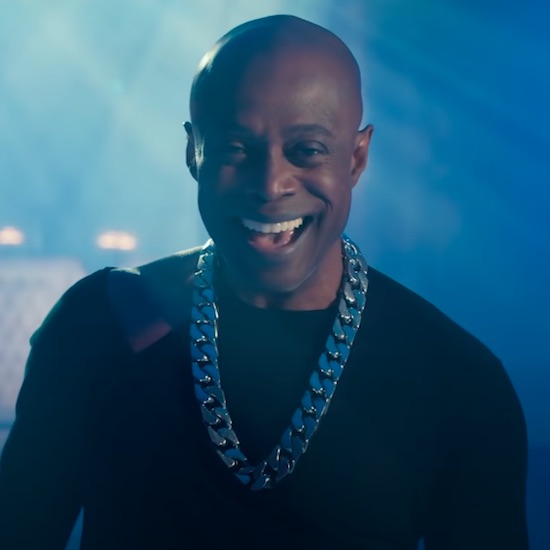 After a 6-year gap between albums, Kem returned to the top of the R&B chart in 2020 with the release of his latest collection, Love Always Wins, this past August. The project easily hit No. 1 thanks to the lead single "Lie To Me," which itself spent 7 weeks atop Billboard’s Adult R&B Songs airplay chart, and the follow-up single "Live Out Your Love" featuring Toni Braxton, which began 2021 in the top spot on the same chart. Kem's "Kemunity" has welcomed him back with open arms, and now he's giving them something else to fawn over with the release of the music video for "Live Out Your Love."

Toni Braxton fans may be sad to know she does not appear in the clip as the version of the song used for the video is the one without her vocals. Although we don't get to witness their duet come to life, Kem and director Gerald Plaid Isaac keep it quite romantic with the introduction of a couple who embodies the song title. We watch as a man and a woman enter a building's ornate lobby. The woman is blindfolded and being led by her beau who promises a big surprise ahead. He leads her into a posh ballroom where he unveils the big surprise and immediately follows it up with another one – a serenade from Kem himself. While Kem croons, they dance like no one's watching but you won't be able to take your eyes off of them.

In other Kem news, the "Live Out Your Love" duet version with Braxton has been nominated for an NAACP Image Award for Outstanding Duo, Group or Collaboration (Traditional), and he debuted his new radio show Love 101 With Kem on SiriusXM on Valentine's Day. The 52nd NAACP Image Awards will air on BET on March 27th, and you can catch Kem's show weekly on SiriusXM's SILK (Channel 330).