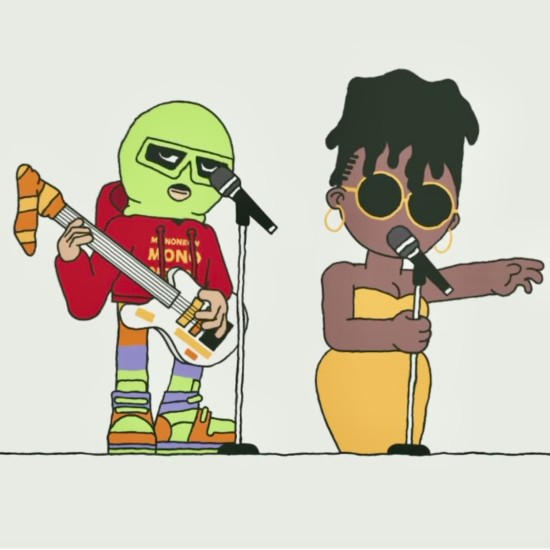 Multi-instrumentalist and bass virtuoso MonoNeon has had enough. Or, has he? Known for saying whatever is on his mind over funk-filled grooves, we can never quite tell. On the first verse of his new single “Done With The B-S,” it seems that he is more than ready to exit the emotional entanglement of his current courtship. The infectious, bass-laden track features SoulBounce fam Ledisi, who offers a soulful rebuttal to his declaration as only she can. She seems unbothered but leaves the door open should he ever want to reconcile. The future of this rocky relationship is unclear, as they are both asking, “Is it really over? Are you really done?” by the end of the song. It seems that the B-S might just continue.

This latest release follows MonoNeon’s Banana Peel On Capitol Hill album, which dropped at the top of the new year. He describes the project perfectly as “a 25-minute package of some comedy, allegory, and funk.” After earning co-signs from the likes of the one and only Prince and Red Hot Chili Peppers’ bassist Flea, and lending his talents to such greatness as the legendary Pete Rock’s PeteStrumentals 3, it seems we are now seeing the fruits of his pandemic-induced solo work. We are here for it, as we can all use a little laughter behind the groove.

Nod your head to MonoNeon’s “Done With The B-S” featuring Ledisi and watch the adorable animated video created by Cody A. Banks. Be sure to show your support by purchasing the track on Bandcamp and, if u haven’t already done so, check out his Banana Peel On Capitol Hill project as well.


TAGS:  cody a banks, Flea, ledisi, MonoNeon, pete rock, prince, Red Hot Chili Peppers
Previous: Shakka Is Ready To Make It Happen ‘When You Pull Up’ Next: Victoria Monét Wants To Be A ‘Friend U Can Keep’