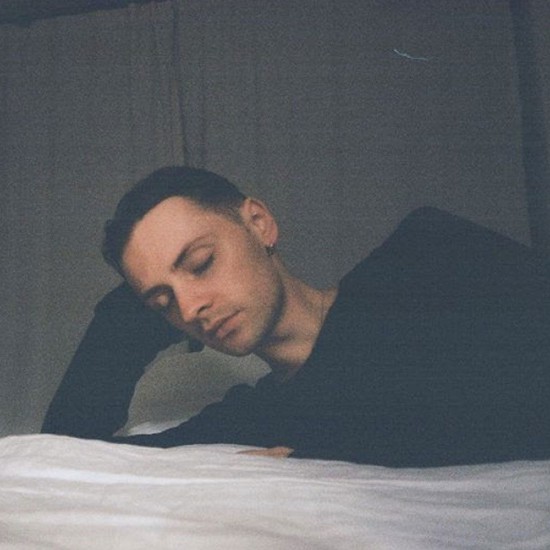 If “let’s spend the day between the sheets” were a song, it would sound like Puma Blue’s latest single “Already Falling.” The sensuous track captures all the beauty and bliss of letting time pass you by as you lay enveloped in the arms of the one you love. His tone conveys the delirium felt when one is completely captivated by their companion as he sings, “I’m already falling in love with the shape of you.”

As if the song’s seductive energy doesn’t tell listeners all they need to know, he explains, “'Already Falling’ was written about the intoxication of waking up with someone special. You want to fall down the rabbit hole with them forever, but you’re also trying not to get too ahead of yourself. There’s a realization that it’s too late for that, but it’s okay to give into those feelings when you trust yourself.”

“Already Falling” served as the fifth and final single prior to the release of Puma Blue’s debut album, In Praise Of Shadows. The project is described as “a dreamland of soulful vocals, D’Angelo-ish guitars and muted electronic beats.” Though the persistence of the pandemic may have stunted artists’ ability to host live shows, fans will still get a chance to catch a performance of the album and a few selections from his previous EPs, Swum Baby and Blood Loss. Filmed at the Battersea Arts Centre and directed by CHILD Studio, the concert film A Late Night Special will stream worldwide on February 11th. Fans can grab tickets to watch Puma Blue perform alongside an extended eight-piece live band.

Listen to “Already Falling” right here, and be sure to add it to your “Adult Time” playlist. If you haven’t already, be sure to check out Puma Blue’s In Praise of Shadows album on your preferred digital platform.