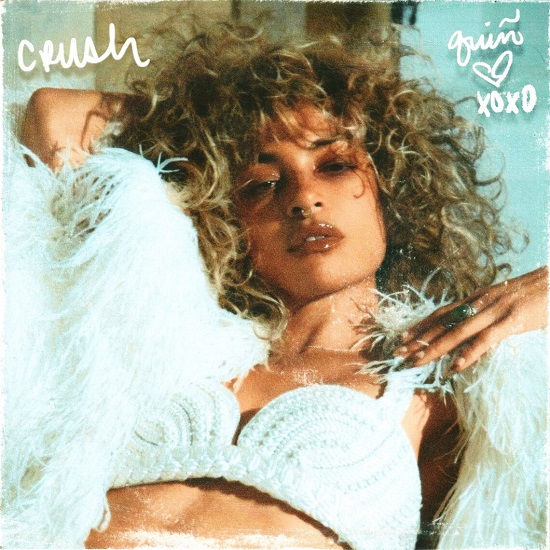 It's been a minute since we've heard from QUIÑ, but that's for good reason. It seems that the budding artist is having issues with her current label home. In fact, she might be looking to make that indie leap completely in the near future. At least that's what it seems like with the release of her latest single, "crush," which she's dropped on her own for the masses.

The song is a dreamy slice of her fantasy soul that continues in the tradition of jams like "Mushroom Chocolate." Lush guitar and synth are assembled to form a soft sound bed for QUIÑ's feathery vocal as she describes a schoolgirl crush that she's been developing. "I like how we do / We be hangin' out / We be breaking rules / In the cut / I don't really kiss / But I will with ya," she sings, her voice getting tangled with the floating notes. She then expresses an urgency as she seeks to discover if her feelings are merely a phase or something more. Whatever it is, she makes it sound absolutely heavenly.

The singer, who was recently tapped as the face of UGG's latest campaign, dropped the song via her own Fantasy Soul label although she's still signed to Interscope Records. While it's not clear what this move means for her career and her pending debut album, we can for sure say that QUIÑ will be fine either way. Get into her latest dose of musical tranquility when you press play.


TAGS:  audio, QUIÑ
Previous: Jordin Sparks Has Real Talk For Her Ex With ‘You Still Think Of Me’ Next: Full Crate, GANGS OF KIN & Elique Curiel Take Us On A Joyride With ‘Rollercoaster’