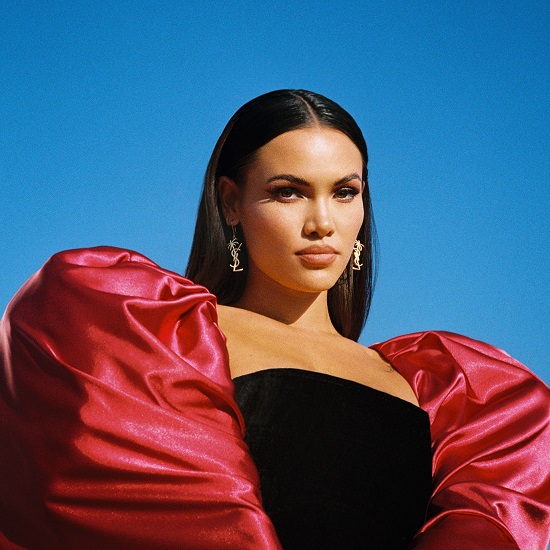 If you've been anticipating a new project from Sinead Harnett, you are not alone. The British singer who now calls LA home has been dropping new singles since last summer, when she hit us with the her Masego and VanJess collaboration "Stickin'." A couple of releases later, it looks like we're now nearing the homestretch before the singer releases her sophomore set Ready Is Always Too Late. But before she does that, she's giving us one more single and visual with her latest release "Last Love."

The song is all about trying to shake the remnants of a relationship past in order to move forward in your life. "There's such a thin line between the liberation of having no one to answer to when you're single and the memory of the last person you loved," the singer said in a press release. "When I'm single, I fill my days up as much as possible, but those little moments where you remember being held by someone you loved can creep up. 'Last Love' is a celebration of moving on." Helping her move on is a crisp beat that channels early '90s hip-hop soul thanks to hard-hitting drums and a simple melody. "Every day I'm runnin' 'round / To keep me going / If I think to much, I remember falling," she sings on the bridge. "All the things I do to stop the thought of you from coming / 'Cause nothing gets in the way like your last love."

The song's video is a highly stylized affair. Opening in a room full of dolls and mannequins, the opening lines are given to a doll that sheds a tear or two while remembering love's past. That then takes us to a track where Sinead runs a marathon to get away from her subconscious. That effort is for naught, though, as she still stumbles before reaching the finish line. It's a scenario that nods to the song's lyrics without hitting us over the head and it works pretty well. What also works are the numerous fierce fashion moments she dons throughout the clip, with the singer showing off her modelesque good looks as if the video were her own personal runway.

If you've been waiting and waiting for Sinead Harnett to drop her new album, you won't have to wait much longer. Ready Is Always Too Late will arrive in stores on May 21st. Until then, check out a stream of "Last Love" and its fashion-forward visual below.