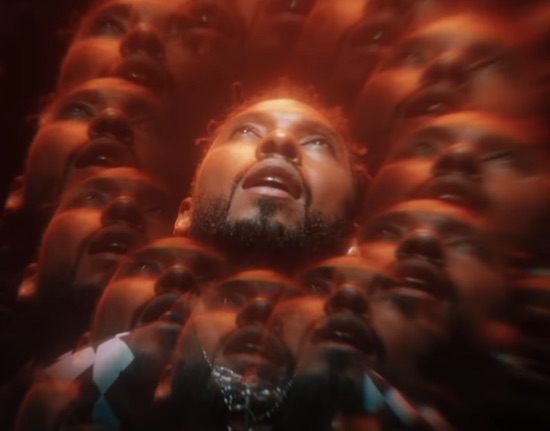 At one point this week, if you looked at a satellite image of the United States, the country was almost entirely covered in snow. This winter has been a particularly brutal one in many states, and our thoughts and prayers currently go out to all those in Texas affected by the devastating snowstorm and its aftermath. To say that we are ready for Mother Nature to come get winter and all its things would be an understatement. While we countdown the days until spring begins on March 20th, Tainy and Miguel have given us a new song that has us longing for warm weather on their new single "Sunbathe."

The GRAMMY-nominated record producer and the edgy R&B star team up on a track that feels like sunshine thanks to its reggaeton rhythms. Miguel flirtatiously serenades the one who turns him all the way on. "Aw, sunshine / If you threw it in the air / I couldn't help but stare," he sings making reference to the character Sunshine in Harlem Nights. Mig's boo has got that good-good that he can't wait to bask in, drown in and stay in forever.

Tainy and Miguel dropped a music video for "Sunbathe" concurrently with the single. But instead of taking us to a tropical island and showing lovers frolicking in the sun, sand and surf, director Munachi Osegbu opted to create a visual that looks like TikTok's #SilhouetteChallenge meets Miguel's Kaleidoscope Dream album cover come to life.

"Sunbathe" has spring break and summer vacation written all over it. Although our travel plans are still stymied by 'Rona, Tainy and Miguel are taking us on a much-needed audio vacation with this single.