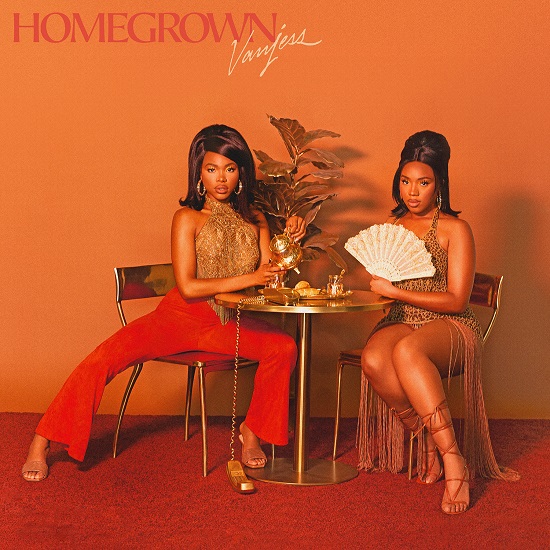 The 1990s are all the rage when it comes to R&B these days. From samples to production that mimics the decade's unique feel, everyone seems to be trying to evoke the nostalgic sound that ruled the airways nearly 30 years ago. It would be easy to place VanJess in that multitude. Doing so, however, would be a disservice. The sister duo does trade in that particular sound. However, on their newly released EP Homegrown, they do so with a reverence that is sincere while also taking it beyond mining for familiar sounds.

The first round of singles from the project — "Come Over," "Slow Down," "High & Dry" and "Curious" — each set the tone for what was coming. But there is much to be discovered on the rest of the EP's nine tracks. For one, the duo opts to change up the vibes with tracks like the minimal "Roses," making their enticing harmonies the focus of the song over mostly synth bass, drums and melodic stabs. They also prove to have great taste in collaborators. Kaytranada stops in to lend his golden touch to "DYSFUNCTIONAL," lacing the ladies with a smokin', dancefloor filler that is a definite highlight. But their collaborations with Phony Ppl ("Caught Up") and Devin Morrison ("Boo Thang") are the ones that stand out most.

The Pomo-produced "Caught Up" sounds like a mashup of Teena Marie and Evelyn Champagne's biggest '80s hits. Though the VanJess sisters don't attempt the vocal pyrotechnics both icons are known for, they do imbue the track with a lushness thanks to those impeccable harmonies. When the Phonies' Elbee Thrie steps in to flip between singing and rapping, it adds just enough edge to keep the party going. "Boo Thang," meanwhile, plays on a call-and-response structure, with them trading verses with Devin over light, airy production. Then, like any true '90s project, they end the EP with remix "Come Over Again," which sounds like something that would've come out of Uptown Records during its heyday (and gains appropriate cred with a sample of Faith Evans' "Come Over" for good measure).

Homegrown may be heavily inspired by the '90s, but it shows that VanJess has staying power that will take them far beyond the moment. Stream the EP below and then stick around to see the stunning video for "Caught Up."


TAGS:  audio, Devin Morrison, elbie, Kaytranada, Phony Ppl, Pomo, VanJess
Previous: Adrian Younge Announces New Album & Examines The Plight Of ‘The American Negro’ Next: Keyshia Cole Struggles With Being A Side Piece On ‘I Don’t Wanna Be In Love’