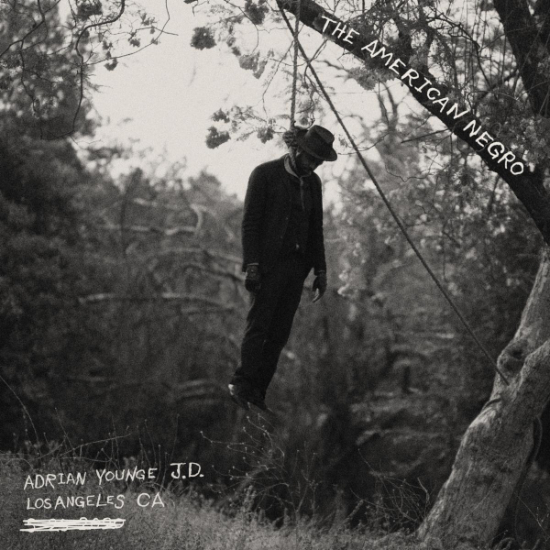 For 28 days each year (29, if we're lucky), the country turns its attention towards the Black experience. But aside from Black History Month – or tragic deaths that prompt protests and hashtag activism – it can feel like a struggle to have our voices heard. Rather than succumbing to silent frustration, gifted maestro Adrian Younge is using his talent to keep the conversation going with the release of his new album The American Negro.

The experience he gleaned over the past decade scoring films and TV series has allowed Younge to sharpen his technique for creating music as narrative. For The American Negro, he wrote and performed each monologue, played every instrument of the album’s rhythm section and orchestrated a 30-piece ensemble (The Linear Lab Orchestra), subsequently recording them in his analog studio. Against this backdrop, he combines his legal knowledge and his storytelling skills to offer the listener 26 tracks of provocative prose and cinematic compositions – not for our entertainment, but for our enlightenment and empowerment.

The spotlight is focused on Adrian as he performs the mammoth undertaking, but he does have some talented friends that helped his vision take shape. As with the title track, affecting vocals by Loren Oden, Chester Gregory and Sam Harmonix provide further accompaniment for Younge's orations. The gentlemen also serve as members of a dramatic speaking chorus (along with Jasmin Hicks) at pivotal moments throughout the album. Additionally, "Light On The Horizon" features a compelling performance from Sam Dew.

The album's weighty material allows Younge to accomplish his mission of providing "a powerful, multifaceted statement that reflects perennial injustices and serves to act as a lever of change during a time of mass disillusionment: an album for the people that details the evolution of racism in America." This theme is portrayed in the album's cover art as well, a scathing critique and stark reminder of the unconscionable "lynching postcards" that served as popular racist souvenirs less than a century ago.

Scroll down to preview The American Negro, currently available via all major outlets. You can also shop for vinyl and album merch via Jazz Is Dead and Bandcamp. Afterwards, check out the Invisible Blackness with Adrian Younge. The four-episode podcast is a series of extended conversations on the Black consciousness of America, featuring Chuck D, Ladybug Mecca, Keyon Harrold, Michael Jai White and more. Additionally, both Amazon Music and Prime Video will soon debut the short film T.A.N. – a movie Younge wrote, directed, edited and composed the score for.