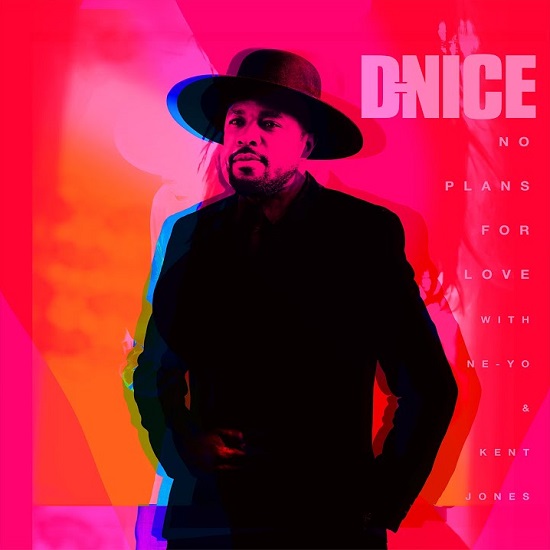 We're a year into this pandemic thing, which also means that we're marking a year since our main man D-Nice kicked off his highly successful Club Quarantine. What started out as an Instagram Live session quickly ballooned into a cultural phenomenon that has put even more (much-deserved) respect on the DJ's name. To mark the official anniversary of CQ, D-Nice recruits the talents of Ne-Yo and Kent Jones for "No Plans For Love," his first official music release in nearly 30 years.

"No Plans For Love" is an automatic dance floor burner from the moment you press play. D-Nice has crafted a smooth groove full of synths, horn stabs and rhythmic guitar licks that feels like a combination of the best jams from the '80s, '90s and 2000s. Ne-Yo, meanwhile, provides the cut with R&B cred as he weaves a tale of meeting a woman on the dance floor that put it on him and left him feenin' for much more. "She tried to warn me that first night / She said that I'll be coming back for more / And she was right," he sings. Meanwhile, Kent Jones adds a couple sweet ad-libs to back Ne-Yo on the chorus while D-Nice keeps the party hype like only the best DJs can.

The single isn't the only way that D-Nice is commemorating Club Quarantine's anniversary. He's set to hit Instagram Live at 12 p.m. PT today (March 19th) for a 24-hour anniversary edition of CQ that goes well into Saturday afternoon. He's also confirmed that he has plans to release more new music this year on his forthcoming album, currently entitled High Vibrations. Aww sookie, sookie now! Get into the stream and lyric video for "No Plans For Love" below and get your dancing shoes ready to party all day, afternoon and night with D-Nice on IG Live. We'll see you there!