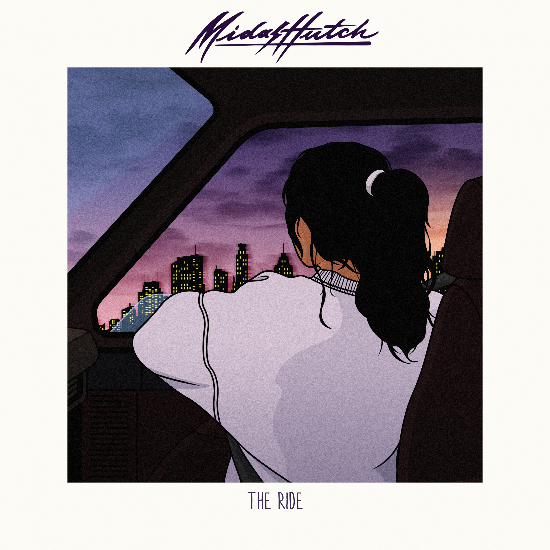 Whether you leave the house to go to work or you're among the legion of folks still working from home, the weekend has become even more precious during the pandemic. A mental break from the stress of the week is more important than ever, and of course, a good soundtrack is essential to keep the good vibes going.  The latest to answer the call of our playlist is Dutch DJ/producer Midas Hutch (aka FS Green) with his new EP The Ride.

The concept for the album came in 2019 – inspired by his late night and early morning cab rides while he was living between Seoul and Tokyo. Add in the rollercoaster effect of the past year and it's pretty clear that The Ride was the perfect choice for the album's title. With help from some talented friends, Hutch takes our ears on a journey that we never want to end.

He first began leaking singles in late 2019 with "Drive Around," a catchy tune featuring Korean artists JINBO on vocals and Jason Lee on saxophone. He leaked additional tracks in 2020 like the mid-tempo groove "In Touch," featuring Charli Taft and DAUL; album closer "Freeze," written by MNEK with magnetic vocals by Ryan Ashley; and one of our faves, "Hey Stranger" featuring soulful vocals by MAAD, JAEL on bass and Jengi on beats. Other vocal highlights include Reva DeVito on "The Wheel" and another appearance by MAAD on "Right Way." The instrumentals are equally incredible, including "Air Power" (a lively jam session with The Kount), and smooth interludes like "Let's Ride," "629" and "Hannam Bridge 6am."

Download The Ride to help you to coast through the week into the weekend. Keep up with Midas Hutch via Instagram.