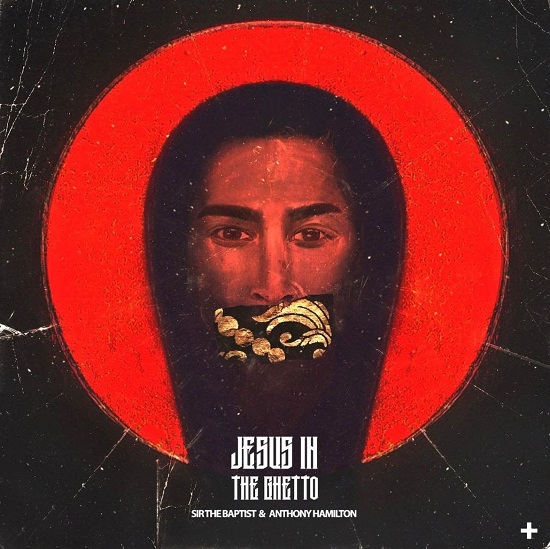 The image of Jesus Christ has changed in the centuries since the Bible first told of him walking the Earth. Somehow, though, it seems that we've gotten away from him being a man of the people and for the people. Sir The Baptist peeped this game and is looking to reimagine what we think of Jesus, enlisting soul singer Anthony Hamilton to help him on his new single "Jesus In The Ghetto."

"Jesus In The Ghetto" begins with Anthony singing the chorus as an uncredited female singer harmonizes with him over a church-y organ. When Sir The Baptist steps onto the track, though, his objective is made much clearer. "Jesus wasn't born in the suburbs / His pictures were altered / But it gets more awkward," he rhymes. "Imagine living with the fact your daddy ain't your father / And gentrification got you livin' somewhere hotter." He continues painting a more honest picture of Jesus while drawing parallels between his plights and the ills that we are facing in modern times. Sir and Anthony aren't the first to bring this alternate view of Jesus to the forefront, but they make it sound so good while doing it that it might make a few folks rethink what they've been taught about the Lord and Savior.

It looks like Sir The Baptist isn't just having this conversation through his music. The artist is also promising a documentary that is also titled Jesus In The Ghetto. In it, Sir discusses his views on Jesus' portrayal and invites others — including Hamilton, Pastor John Gray and others — set to be released through his Christian enterprise tymple. Listen to his new single in full when you press play and then stick around to watch the teaser for his upcoming documentary.