SoulBounce Exclusive: Jessica Childress Gives Us Something To Think About With ‘Enemy’ 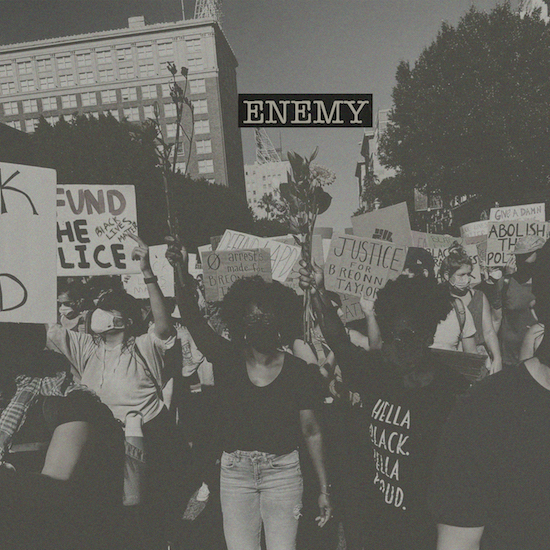 Jessica Childress has no problem using her beautiful voice to speak truth to power. We saw this when she released her personal and emotional EP I'm Learning. She continues in this path with the release of her latest single, "Enemy," which focuses on the epidemic of police brutality that still continues to run rampant in this country. Ahead of the song's official release, SoulBounce has your first listen to the moving track.

Jessica pulls no punches on the song, getting straight to the heart of the matter with thought-provoking lyrics. "Who you gonna run to / If it ain't with me? / You say that we ain’t fighting /But we're enemies," she sings on a verse. "But I don’t drink the same water / I don’t eat the same lies / And I think when you look back / You might be surprised." She sings the song with conviction over relaxed production that allows her voice and lyrics to be the stars of the show. The music, however, does effectively set the tone, with somber chords and drums leading the way, her thoughts punctuated by searing electric guitar at the appropriate moments.

"​I wrote 'Enemy' in 2016 after I’d watched yet another police shooting of an unarmed Black person," Jessica said of the song's creation.​ "I watched as white 'friends' took to social media twisting themselves into pretzels to try to justify these killings. I felt so betrayed and confused. Why does this need to be OK? Why aren’t we all outraged and saddened? They were fighting for the structures that justify the killing of unarmed Black people. They were fighting for blue lives. They weren’t fighting for me. Sadly, this song is just as fresh and timely as the day I wrote it."

While this message from Jessica Childress is a heavy one, it's one that has remained relevant year in and year out. It's also one that needs to be heard and taken to heart. Get a listen to our exclusive world premiere of "Enemy" when you press play and be sure to pre-save the track before its official release on March 26th.


TAGS:  audio, Jessica Childress
Previous: Trevor Jackson Will ‘Get To You’ One Way Or Another Next: Jungle Urges Us To ‘Keep Moving’ As They Prepare ‘Loving In Stereo’