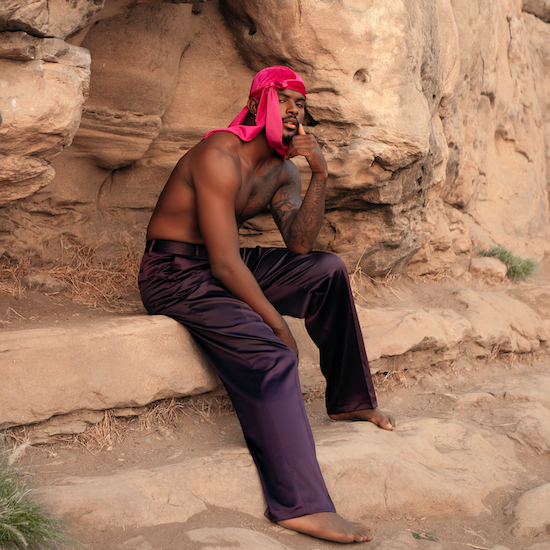 Trevor Jackson is feeling some kind of way after a break-up, and he wants to make sure his ex is feeling the same on his new single "Get To You."

On "Get To You," Jackson brags about all the people he's seeing, places he's going and things he’s doing – while checking to see if his ex is seeing him on the 'Gram living his best life without her. But it's all for show, however, as he quickly admits on the chorus, "Cause I only do this s**t to get to you, ooh-ooh." He talks a good game, but he misses her and she's heavy on his mind. “I’ve been really acting up / Doing way too much / I wonder how you’re holding up,” Trevor laments on the track. The lyrics are filled with clever nuggets that Trevor shares over a sound bed of acoustic guitar, bass, drums, synths and finger snaps produced by Ayo N Keys, Gabriel Lambirth and Breland.

“Get To You” follows Trevor’s previous single “Just Friends.” Both songs will be featured on his upcoming debut album, The Love Language, scheduled for release on Friday, March 26th. The 14-track LP embodies the singer's insights and past experiences in love and life. With his two singles, we’ve seen him express different sides of love, neither of which have been a fairy tale. We’re looking forward to hearing what other stories from the heart Trevor Jackson has to share.