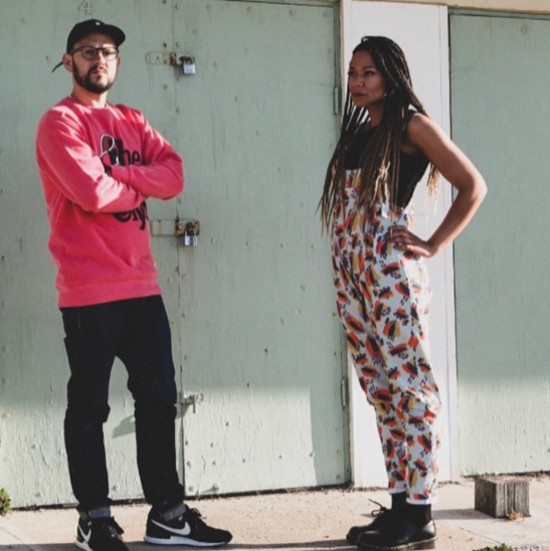 It’s spring again, and with the world slowly opening back up, everyone is looking forward to warm weather and good vibes. With their new single “Brave,” vocalist Victoria Port and producer Max Wheeler, collectively known as Anushka, provide the perfect soundtrack as we ease into our post-pandemic reality. Port’s angelic vocals float over the blissful and buoyant track as she sings of “the strength that comes with time and change.” Though she notes that “growing up and changing as a person can be scary,” the vibrant and carefree energy of the tune entices the listener to throw all caution to the wind and instead dance in the midst of life’s uncertainty.

“Brave,” the third release from their upcoming album, Yemaya, follows lead singles ‎‎“You My Love” and “Speak To Me.”‎ Named after the Goddess of the Sea, protector of women and the Eternal Mother in the Santeria/Yoruba religion, the project is said to capture the British duo's newfound approach to crafting their sound. After spending time to push past expectations and embrace a new direction, the album is said to be a manifestation of “a new path through the realm of future soul and electronica as they push themselves ‎to a new sound, celebrating their progression and those who have helped them on the way.” We certainly like what we hear so far and, alongside their worldwide fan base, we’re excited to travel along this audible journey with them.

Listen to Anushka’s “Brave” below, and be sure to add the track to your collection from your preferred digital platform. Their new album, Yemaya, is available for pre-order now and due to be released on June 25th on Tru Thoughts Recordings.


TAGS:  Anushka, audio, Max Wheeler, Victoria Port
Previous: Queen Naija & Ari Lennox Hatch A Plan To Catch Their Man In ‘Set Him Up’ Next: D-Nice Invites Snoop Dogg To The Party With Ne-Yo & Kent Jones On The ‘No Plans For Love’ Remix