BINA. Reflects On Old Drama With New EP ‘This Is Not A Film’ 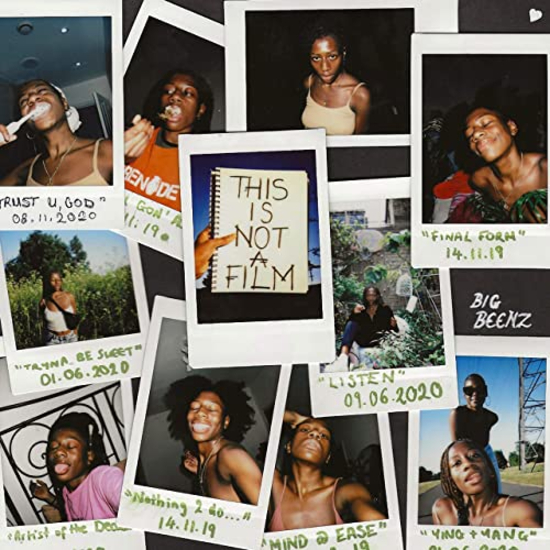 Even before the 2019 release of her debut EP Humble Abode, South London artist BINA. began generating buzz in the underground scene – blurring the lines between neo-soul, jazz, hip hop and experimental R&B with her spellbinding vocals, abstract lyrics and fluid sounds. Now she continues to prove why she's an artist on the rise with the release of her new EP This Is Not A Film.

Some may think that the title is an obvious reference. "Of course it's not a film, it's an album. Duh!" But as you'll come to know, BINA. isn't one for such superficial thinking. She describes the project as being, "heavily inspired by sexuality, love and hurt" while offering a peek into the past 18 months of her life. She further explains, "I wanted to take people through the rollercoaster of emotions I felt during, what you could call ‘situationship’ - from obsession and infatuation, to frustration, heartbreak and regret...I needed to lean into the darker sides of myself to truly understand how and why I went through what I did...This Is Not A Film was birthed from the fact that I acknowledged there’s no turning it off. There’s no shouting at the screen because I’ve made the wrong choice. This is my reality.”

From the impeccable production on the groovy tune "Just A Sec," to her melodic vulnerability on acoustic track "K.I.S.S." the talented singer-songwriter entrances the listener throughout the EP's four songs. Preview This Is Not A Film below, then scroll down to peep the visualizer for "Mercedes To Hades" featuring fellow Londoners Lex Amor (with magnetic bars) and Intalekt on production duty. Download the album via your favorite digital retailers and keep up with BINA. on Twitter and Instagram.

BINA. This Is Not A Film [Amazon][Apple Music]