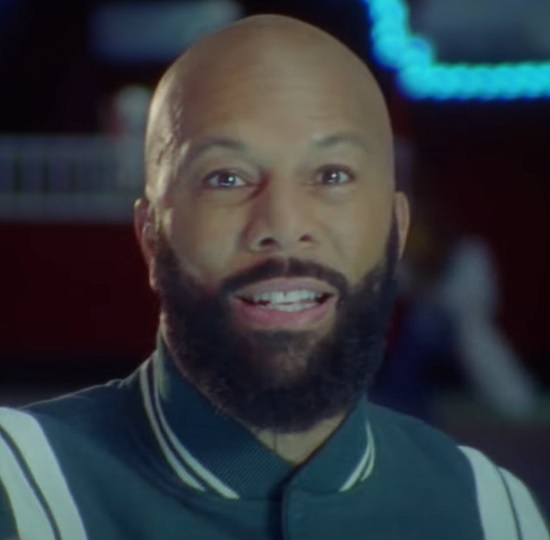 In case you didn't notice spring has sprung. And with the vaccination efforts ramping up in America, we could be right on track to have a truly magical summer (though still responsibly socially distanced, of course). Many artists are currently trying to get that potential song of the summer out there. But one contender might just be found on last year's A Beautiful Revolution (Pt 1), the latest project from rap veteran Common. The song in question is "What Do You Say (Move It Baby)" and it just got a newly released visual.

Common uses the visual to celebrate the beauty of Black women (as he has been wont to do in the past). He decides to give it a throwback feel, though, by making the clip a straight-up rollerskating jam featuring a bevy of gorgeous sistas of all shades. The ladies get super sun-kissed as they strut their stuff and show off their moves in the video's first half. Their day then turns to night as they take it to the roller rink to further jam to the song. That's where we finally see our main man Common and the song's featured guest PJ. It becomes a more standard video at that point, with Com taking center stage as the ladies move, groove and glide around him while he rhymes. But don't worry, Com shows off a few skating skills of his own, too.

"What Do You Say (Move It Baby)" is a track that just feels good, which is exactly the type of vibe we're trying to have as the days get longer and hotter. Lace up your skates and get ready to roll along to Common's groove when you press play.


TAGS:  common, PJ
Previous: ELHAE Starts A New Chapter With ‘Aura III’ Next: James Vickery & Musiq Soulchild Make A Case For Love To Stay Awhile In ‘Come To Me’