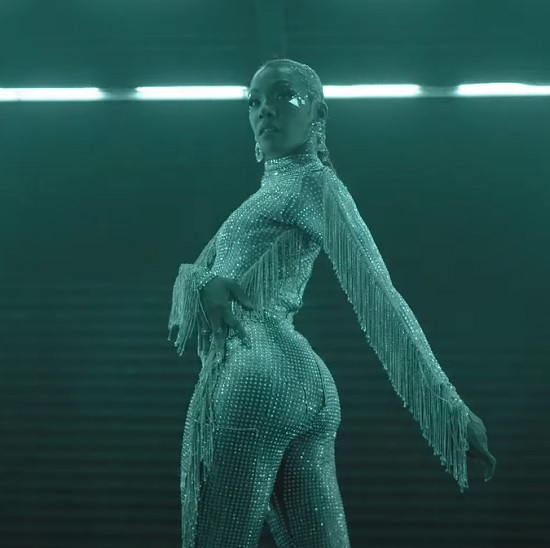 We don't know about y'all, but we definitely want to rock with Dawn Richard. The innovative singer-songwriter just seems to always get the assignment right while also marching to the beat of her own drumline. Perhaps that's why she's always on the cutting edge when it comes to music and visuals. Now that her fifth studio album Second Line is among us, you know sis wasn't going to let up. She continues to apply that pressure with her latest visual "Boomerang."

"Boomerang" is an electric party of a song, with Dawn playing around with elements of disco and electronic dance. She fuses the two together while paying homage to Michael Jackson's "Rock With You" video in the visual. This homage should make plenty of sense, as she borrows a few of MJJ's signature "woos" and yelps throughout the track. The singer ups the ante, though, by dressing in a sparkling, crystal-studded catsuit (with makeup to match) as she shakes her thing while surrounded by strobing lights. But just in case you didn't get the "Rock With You" references, she picks up a mic and busts some slick moves while a starburst of green laser lights appears behind her to light up the dark. It all looks so good that when she chants "I'm hot and you not" near the end of the song we can't help but agree.

"Boomerang" is only a taste of the next-level s**t that Dawn Richard is bringing on Second Line. The album shows that she's still not afraid to play with genre and expectations, with many songs morphing into something altogether different before they end. While experimental, it's still not short on the jams and will likely have you coming back again and again to get a glimpse of what's next.

Watch her make MJ proud in "Boomerang" below and then stick around to stream Dawn Richard's latest in its entirety.