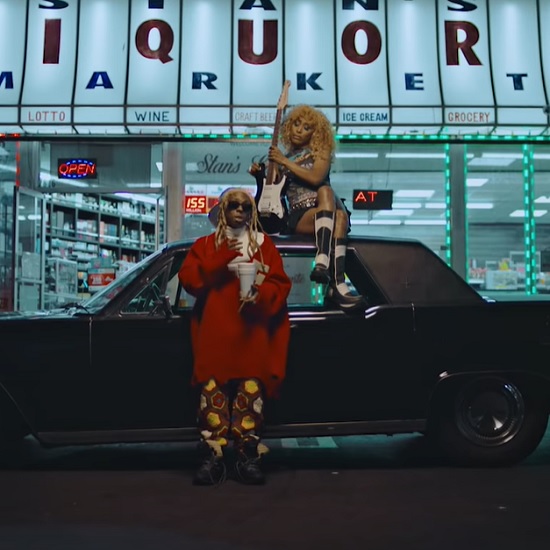 Fousheé continues to flourish. The rising singer-songwriter has made a name for herself with jams like "single af" and her viral cut "Deep End." She continues her hot streak by dropping her new single "gold fronts," linking with rapper Lil Wayne for both the track and its video.

"gold fronts" acts as both a lament for the times and a celebration of persevering in the face of the adversity handed to you. The song is driven by the strumming of an acoustic guitar, which acts as the song's chief source of melody. It serves the song well as Fousheé states what's going in her world. "They don't make enough days in a month / I got plans and they're all piled up," she sings in one of the song's verses. "And I think this year had a personal vendеtta / There's always 2031." We feel that, sis. Wayne brings his Wayne-isms to the table, closing the song out with a verse that sort of stays on topic while also working a few boastful jabs into the mix.

For the song's video, Fousheé takes us through the neighborhood. We go from the backyard to the street, eventually ending up at a liquor store. As we see glimpses of life, we're treated to plenty of shots of golden grills and good times being had, giving us a nice juxtaposition against the song's more somber lyrics.

With thoughtful lyrics and an interesting sound, Fousheé is definitely an artist to watch. Get to know her a bit better when you check out "gold fronts" below.