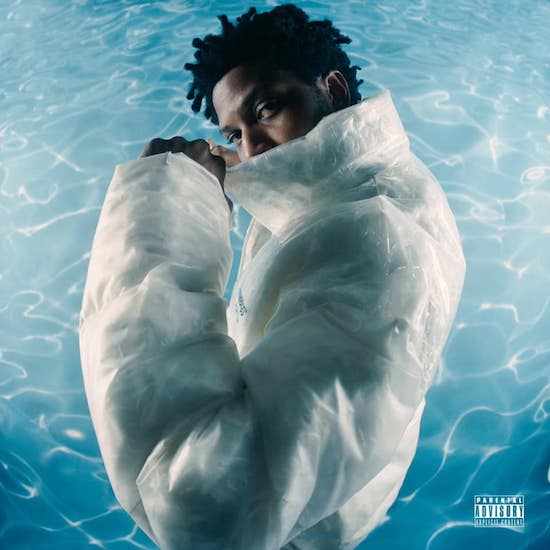 Despite the uncertainty and chaos that was 2020, many artists took advantage of the lockdown, using the "downtime" as an opportunity to experiment with sounds and themes. Bounce-Worthy alum Gallant did just that, but took it a step further with his decision to cut ties with a major label. In 2021, he's wasted no time reclaiming his independence – starting the year with "Comeback.," followed by "Relapse." The singles served as tempting teasers for Neptune, his first project following his emancipation.

In a recent press statement, Gallant touched on the creative process behind his new EP. "On Neptune, I get to dive a little deeper into the feelings of regret, self-criticism and aimlessness that I started on my first album Ology and combine those with the ambient and early '00s vibes that always get stuck in my head. Everything around me felt blue and distant when I put this EP together, and I think that’s what you get when you play it back."

Upon hearing the eight-track collection, we think the influence goes even further back than the early aughts. It's a late-'90s kinda R&B world as the DMV-raised/LA-based singer-songwriter nods to artists like Usher, Maxwell, Eric Benet, Joe and even Ghostdown DJ's (don't front, "Scars." took you back there, didn't it?). And then to have Brandy lend her impeccable vocals to "Dynamite." – yeah, the '90s are all up and through Neptune.

It's not a copycat situation, though. Far from it. As Gallant has proven since his 2014 Zebra debut, he has the innate ability to create a musical space that is exclusively his. Whether dipping into his lower register or making our spines tingle at the peak of his falsetto, Gallant has our full attention on songs like "Chemical Romance." and "Julie.". Meanwhile, additional guest artists like Arin Ray ("Third Eye Blind.") and VanJess ("No More Tries.") match his impassioned delivery and throwback vibes with soulful nuance and infectious vocals of their own.

Preview Neptune below and align with its auditory orbit via your favorite digital retailer.  Afterwards, keep up with Gallant while he's currently in "album mode," and be on the lookout for a full-length project in the future.


TAGS:  Arin Ray, audio, brandy, Gallant, VanJess
Previous: After 7 Have Some ‘Unfinished Business’ To Handle On New Album Led By Single ‘Bittersweet’ Next: Silk Sonic Take Us To The Stage For A Live Version Of ‘Leave The Door Open’