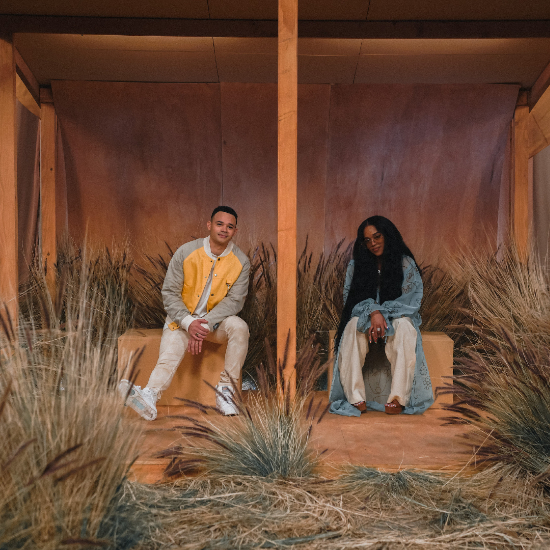 Fresh from winning the OSCAR for Best Original Song for "Fight For You" from the award-winning film Judas And The Black Messiah, H.E.R. is determined to keep her foot on everyone’s neck. Instead of giving us time to get ourselves together after that incredible win for the culture, the songstress is now sharing a video for her song “Hold Us Together (Hope Mix)” featuring Tauren Wells.

Released in March, H.E.R. and Tauren's “Hope Mix” of “Hold Us Together,” originally recorded for the soundtrack Disney+ film Safety, combined the two artists' vocals into an even more uplifting track. In the video, H.E.R. and Tauren find themselves on a soundstage decorated with a Southwest theme and muted colors. It’s a stark contrast to the blue skies, verdant foliage and moving images of the original clip, but the duet partners make it feel like the Garden of Eden with their praise and worship.

H.E.R. has announced that she will be releasing her official debut album, Back Of My Mind, this summer. Given her unstoppable winning streak, we can’t help but wonder what it's going to sound like and hope that it’s as great as our expectations.